“Equal Pay Day”: Inequality in the Labour Market – An Interview with Susanne Strauß

17 March is ‘Equal Pay Day’: By that date, 21 percent of the year is over, exactly the 21 percent that women in Germany on average earn less than men. This means that a given ‘average woman’ would work for free up until this date if she received a man’s average salary for the rest of the year. On this occasion, we talk to Susanne Strauß, professor of sociology and a specialist in gender studies.

Prof Strauß, you’ve been conducting research on gender inequality in the labour market and unequal pay. What’s the main inequality between genders in today’s labour market?

I’d like to highlight two points here. The first is different preferences of women and men regarding their choice of education and profession. We call this ‘horizontal segregation’, because what results from individual career and life decisions here is a factual segregation of genders. We can see that in the education system women have caught up to a considerable degree and partly overtaken men. At the same time, women often choose different vocations and study different subjects than men, and this is linked to different income levels.

Male-dominated subjects, such as engineering sciences, offer better paid career opportunities than the arts and humanities, for example, where we encounter more women. This is a known fact and one which politics is also endeavouring to address, for instance with measures such as ‘Girls’ Day’ and ‘Boys’ Day’.

So is profession choice itself the problem, or the varying levels of remuneration in different professions?

The way some professions, or their public image, have changed is important here. In the past, certain professions, such as that of a pharmacist, were typically male but are meanwhile more female-dominated. This leads to a change in the ‘sex typing’ of a profession: The gender-related job profile that we associate with a profession. The pharmacist’s job was previously regarded as a technical profession involving a lot of chemistry. It’s meanwhile becoming more and more a sales activity.

That sounds like society is marching backwards. Have there been no advances?

Labour market segregation has indeed generally decreased over the decades. But this has not happened to the extent that should be expected in a liberal society like ours, where everyone – male or female – is free to choose their profession. This especially applies to technical and engineering subjects, where the famous ‘leaky pipeline’ can be found. Women leave these fields and associated jobs behind more frequently than men: the ‘pipeline’ transporting persons into leading positions has a ‘leak’, figuratively speaking.
The transition to the labour market is also a problem: Female students who qualify in these subjects tend to pursue a career in another area more often than their male counterparts do.

Earlier you said that there were two points you’d like to highlight. What is the second key issue concerning gender inequality in the labour market?

The second aspect is the reconciliation of family and career responsibilities. While there are indeed great differences internationally, it’s nonetheless the same everywhere that women are more involved in unpaid work than men, both regarding housework as well as childcare. This naturally has an impact on their availability for the labour market. In countries where women are more integrated in the labour market, such as in Scandinavian countries, men participate more in household tasks – but still not on the same scale as women.

Of course, childcare facilities play an important role here, and not only for labour force participation rates of women: research has shown that in countries with lacking public childcare infrastructure, birth rates are typically low, too. Italy is a typical example of this, as Italian women work less in paid jobs and also bear fewer children than in, for example, neighbouring France. Weak childcare infrastructure plays a large part in this. 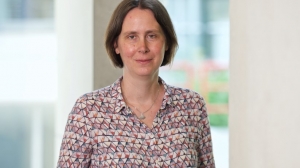 Susanne Strauß's research is concerned with gender inequalities in the labour market and the education system. She is particularly interested in gender segregation, that is, the question why men and women often study and work in different fields. She is also examining gender inequalities in unpaid work, whether in voluntary activities or in childcare and the home. As principal investigator of the Cluster of Excellence ‘The Politics of Inequality’, Susanne Strauß is co-initiator of a project on the perception of gender- and seniority-based wage inequality within the focus topic on ‘Work in the 21st Century’.

The comparison with other countries is a further focus of your research...

Yes, exactly. Our ‘Productive Ageing’ project is concerned with which types of paid and unpaid work are performed by people over 50 years of age in different countries, that is, work alongside their regular gainful employment, such as informal care of relatives, voluntary work in clubs and associations or taking care of grandchildren. We’re comparing this throughout Europe, examining about 20 countries.

Can you give us some examples of parallel developments taking place in a large number of countries?

We know that women are more frequently involved in informal care; this is the case all over the world. By the way, this applies not just to childcare but also to care of older relatives, where this is slightly less at the heart of the discussion.

Even people who have decided not to have any children of their own might at some point be involuntarily confronted with the fact that they have parents or parents-in-law in need of care. Women are more strongly involved here than men. However, men are involved on a comparatively greater scale in cases where their partner is in need of care. It seems to be a social norm that the partner is the first person responsible for taking care of their partner.

In a recently published report, the non-governmental organization Oxfam calculates that women and girls worldwide perform unpaid work related to household tasks, raising children and care of relatives to the amount of 12 billion hours every day. That is equivalent to an effective loss of earnings of about 11 trillion US dollars per year. What can we make of such figures?

Well, such calculations are really nothing new, they’ve been an integral part of feminist criticism of capitalism. The argument is: Our capitalist system only functions because in the background a whole army of women, so to speak, is taking care of the unpaid tasks. But I think that conversion into an equivalent monetary value is not as important as calculating the actual number of unpaid working hours. Such unpaid tasks are an additional burden that affect men and women alike – but women more than men, since they invest more time in housework, raising children and caring for relatives. This also means less time for other things.

Such calculations are not unproblematic from a scientific standpoint. But they strikingly show how much more unpaid work is performed by women and that this is an important prerequisite in enabling men to place their ‘manpower’ at the disposal of the labour market.

Apart from gender inequalities, are there any other kinds of inequality that play an important role in the labour market?

My area of specialization is gender studies and as such I’m primarily looking at gender inequalities. But to me, a central issue is differentiating within the larger gender groups.

There are women who have financial and education-related resources and social networks, so they can profit more from services provided by the state. Just look at Elterngeld (parental leave allowance): While some women receive the maximum rate of € 1,800, others are only entitled to the minimum rate of € 300. Obviously, one of these groups of women is more financially dependent on their partners than the other.

In gender studies, we look very closely at these interconnections between gender and other aspects, known as intersections. For example, we examine the situation of more educated women on the one hand and that of less educated women on the other. Or we analyse the impact of certain political interventions, such as Elterngeld. We look at the position of better and less well-educated women, women whose parents were born in Germany and those with a migration background.

Is it then justified that less attention is paid to other inequalities in the public debate than to the question of gender – such as age discrimination?

Here too I’d like to point out the importance of interconnections. Older women, for example, tend to take on more care-related tasks with increasing age, not only care of children but also of their parents or sometimes even already of their partner. In addition, it’s not so much the social norm for women over 50 to still keep up a paying job, whereas it remains the norm for men. Instead, it’s rather expected that women take on more unpaid tasks – with all the effects this has, for example on provisions for old age and financial independence.

It’s worthwhile to look at the overall picture and not just at the gender factor by itself. On Equal Pay Day we talk about these roughly 20 percent that women earn less than men – because they more often work part-time, because they choose other professions than men, because they earn less per hour. But alongside this debate, we should discuss more extensively and focus more sharply on the differences between different groups of women: There are groups that enjoy better opportunities and ones where this is not the case. And we should be looking more closely at how various political decisions have an impact on different groups of women. Only in this way can we identify the groups where inequalities between the genders are particularly great.