Interview: Sociologist Dr Philipp Schäfer on the local reception of refugees in Leipzig – and how it has developed since 2012

In his doctoral thesis, sociologist Dr Philipp Schäfer examined how refugees arrive in local communities and find accommodation, using the example of the city of Leipzig. He has now received a special award for his research: his thesis was selected as the second-best paper in the competition for the Lieselotte Pongratz Prize. The German Academic Scholarship Foundation is conferring this prize for the first time in 2022 for outstanding theses in the social sciences. The jury highlighted the "impressive scale of data material" in his doctoral thesis, such as 60 semi-structured interviews, observation protocols and newspaper articles.

Schäfer completed his doctoral degree at the Cluster of Excellence “Cultural Foundations of Integration” of the University of Konstanz, under the supervision of anthropologist Professor Thomas Kirsch, and is currently conducting research at the Institute for Migration Research and Intercultural Studies (IMIS) at the University of Osnabrück. His thesis Etablierte Provisorien. Leipzig und der lange Sommer der Migration ("Long-lasting makeshift". Leipzig and the Long Summer of Migration”) was published by Campus Verlag in mid-March.

Trains full of war refugees arriving in German cities: the latest pictures are reminiscent of the summer of 2015, when many refugees from Syria arrived here. What is different today in Leipzig, your home city?

Philipp Schäfer: First of all, I can see some similarities. People or groups who were active in 2015 are also campaigning today for the refugees arriving now. Emergency shelters are opening in the city again. So I notice some similarities in the way these people are receiving help and support.

However, different processes are in place: for example, today there is certain freedom in terms of where refugees can settle and the fact that they can take up work. At least as things stand, they do not necessarily pass through a strict asylum procedure, which would immediately give them housing and benefits but also deny them rights, such as the right to work. Overall, the state is less involved in their reception, which today is supported and borne much more by civil society. It’s incredible how fast civil society structures take hold. 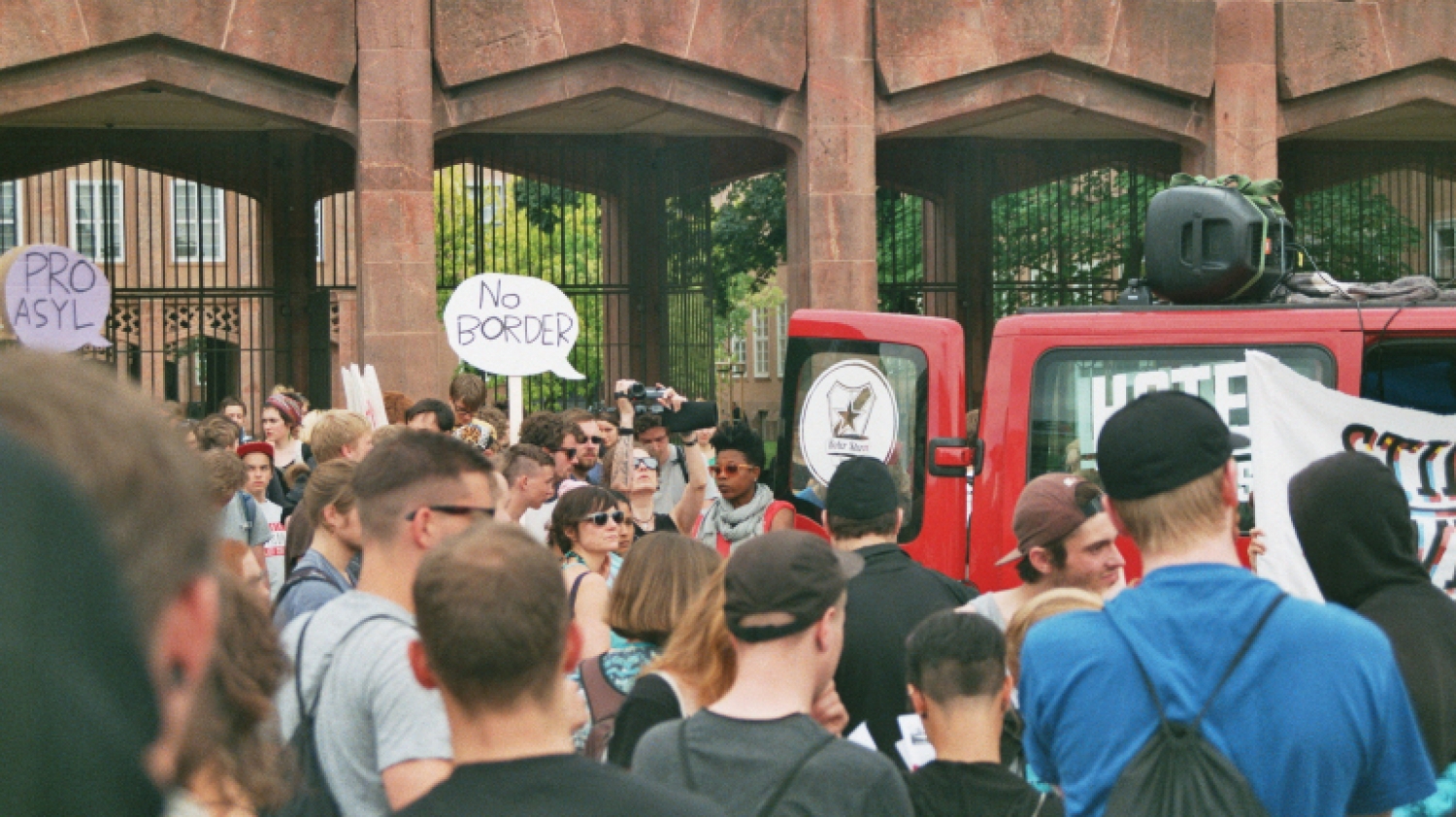 I detect a key difference in how the handling of people arriving here was and is negotiated. These negotiation processes, which I’ve dealt with in my thesis, are less conflict-ridden today than they were in 2015. Today, fundamental questions about whether, where and how many people seeking protection should be received are not up for discussion at all.

Is there greater assent in society today to receiving refugees?

The refugees who came to Germany in the summer of 2015 were subjected to a lot of racial prejudice, which was also reflected in the media debate. This is similar to the experiences reported, for example, by African students who had fled Ukraine.
The situation seems to be different for the Ukrainian women and children who have fled to Germany in recent weeks. Here, a different discourse about vulnerability has dominated, which is perceived as higher in this case than in that of the refugees in 2015.

What fascinates you about how refugees are received?

Even as a student, I busied myself with how refugees were accommodated in Leipzig. I found it intriguing to observe how inclusion is negotiated on the ground. In 2012, there was a debate going on there about decentralizing accommodation: Let’s close the mass accommodation centres and instead house the refugees in several small facilities distributed across the city – and no longer in the green belt on its outskirts. This amounted to a paradigm shift! Leipzig City Council adopted the plan in July 2012.

What was characteristic of the situation at that time?

Through the decentralization plan, decentralized refugee shelters suddenly moved into the middle of the city. They were omnipresent; as it were, every suburb, every neighbourhood now had such a shelter. And you were suddenly confronted with the question of how refugees are actually treated; you were obliged to get to grips with it. Although this question was indeed problematized in the years before, it was at the same time literally removed from view. 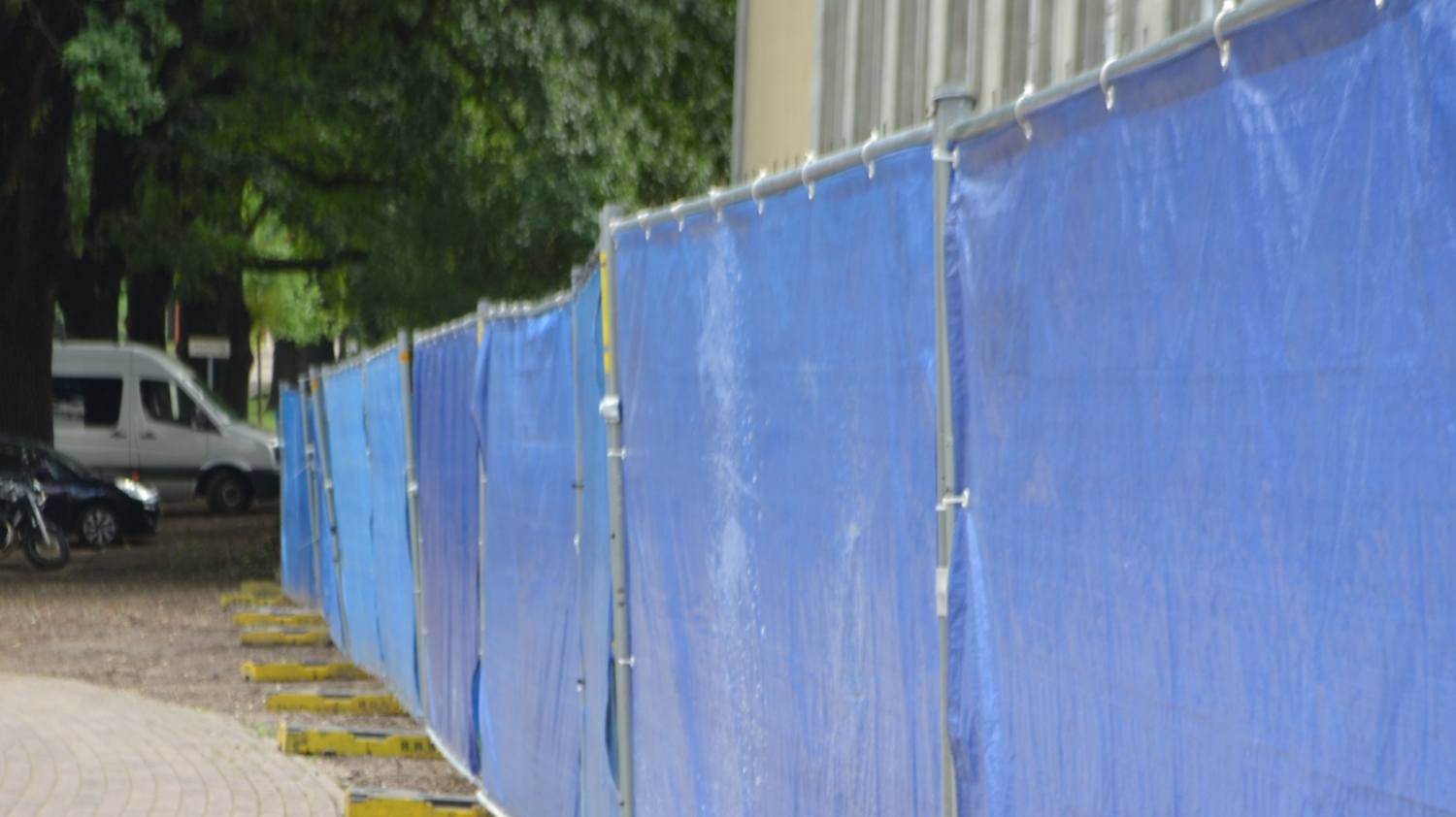 During the “long summer of migration” in 2015, the dynamics and explosive nature of this issue intensified even further. And in view of the sharply increasing number of arrivals since 2014 and 2015, implementation of the decentralization project was rolled back again.

The title of your book is “Etablierte Provisorien” (Long-lasting makeshift) – isn’t that contradictory?

In my thesis, I argue that 2015 was not a unique situation, but that there is a history of provisional housing for refugees in cities and towns. By long-lasting makeshift, I mean not only the dwellings, but also the way that housing was managed. Long-lasting makeshift is a long-term state of temporariness. There is something contradictory about this, but it’s not mutually exclusive. What seems paradoxical describes a practice that delays the arrival process and prolongs the feeling of not yet being accepted.

In this context, I looked at how such a state of affairs is institutionalized and rationalized – for example, through spatial exclusion, delaying tactics and moral judgements.

What significance does the local level have for the reception process?

Local players cannot change legislation. But they can attach various weight to regulations and set different priorities. For me, it was particularly interesting to learn more in the course of my work about the history of local commitment and to observe how the status of the initiatives there has developed. The Leipzig Refugee Council, for example, a key player in 2015, had been working since the 1990s to transform the reception of refugees from an administrative act into something of public interest. Following a financial scandal, the council has since been dissolved.

How did the players on the ground experience long-lasting makeshift conditions?

It is, of course, the refugees who are subjected to experiencing makeshift conditions and are obliged to put up with numerous restrictions during their asylum procedure, some of which are of a legal nature.

For local political players, their own experience of it had a dual effect: on the one hand, long-lasting makeshift solutions prevent irreversibility. It deliberately leaves things in the balance, which in turn makes it possible to act. This is helpful inasmuch as local authorities’ room for manoeuvre is sometimes severely limited.

On the other hand, it is not always ideal for local political players to keep things provisional. This can be seen in the legal status known as "temporary suspension of deportation", which is a paradigm for a long-lasting makeshift situation: renewed suspension of deportation means that a temporary residence permit is renewed again and again. And that, of course, creates major problems for those concerned, a perpetual lack of perspective, and for the public authorities it creates works and binds resources, so is not a solution.

Besides all the justified criticism, however, it must also be acknowledged that the city of Leipzig has implemented this transformation, that is, decentralization. And this is where specific players come into play again. These are needed, as local migration regimes can be very sluggish.

About the book: "Etablierte Provisorien. Leipzig und der lange Sommer der Migration" is open access and published by Campus Verlag. Its publication was funded by the German Research Foundation and the publication fund of the University of Konstanz.