Honeybees are less likely to sting in larger groups

To sting or not to sting? An alarm pheromone plays a decisive role in bees' willingness to sting - and their group size, as scientists from Constance have now shown

The saying goes: "You can catch more flies with honey than vinegar". Honeybees, however, would rather avoid catching anything, but their honey attracts numerous predators to the colony. Some, like flies, are quite easy to deter. Other predators are much larger than the bees and ready to accept numerous honeybee stings for the sweet nutrients. To fend them off, the honeybees have to band together into a collective stinging attack.

This defensive reaction is typically initiated by transiently specialized honeybees, called guard bees. They monitor the colony’s surroundings. If they detect a large animal coming close to the colony, the guard bees react either by stinging the intruder, or by extruding their stinger and fanning their wings, sometimes while running into the hive where their nestmates are. 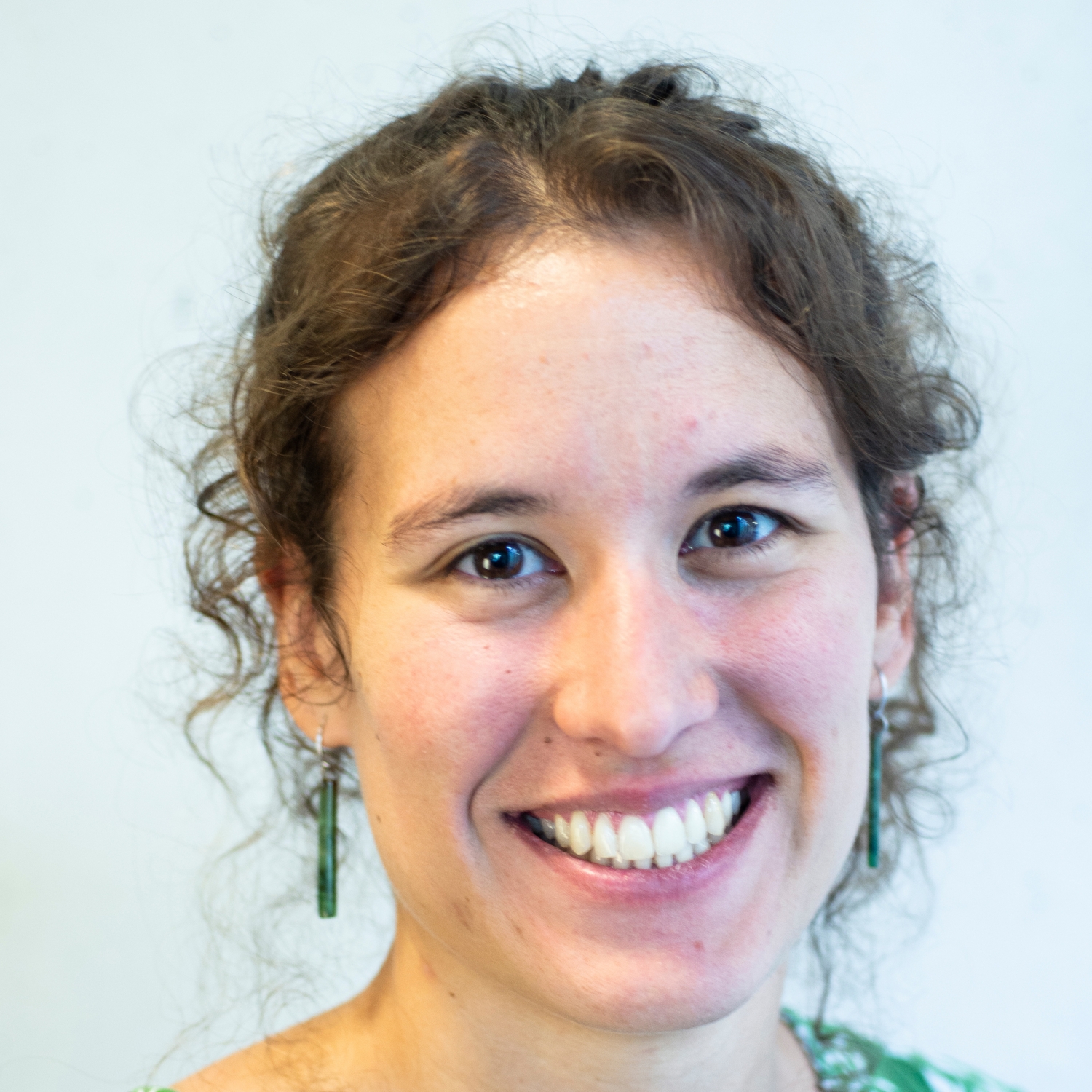 "In both cases, their behaviour causes the release of the sting alarm pheromone, a complex odour blend carried directly on the stinger"

Honeybees recruit other bees of the colony to the site of the disturbance
This chemical signal arouses nearby honeybees and recruits them to the site of the disturbance. There, they decide whether to participate or not in the defensive effort by stinging or otherwise harassing the predator. Hence the sting alarm pheromone plays a major role in the defensive reaction of the colony. But does group size also play a part?

Interdisciplinary study examines how conditions affect the defensive responses of individual bees
An interdisciplinary collaboration between early career researchers – the biologist Dr Morgane Nouvian and computer scientist Junior Professor Tatjana Petrov from the Centre for the Advanced Study of Collective Behaviour at the University of Konstanz – developed a model and methodology for quantifying how the responsiveness to the alarm pheromone evolves during a defensive event, for any given group size. The results were recently (15.09.2022) published in PLOS Computational Biology.

"Our biological aim is to study the effect that surrounding conditions have on the defensive response of individual bees", last author Morgane Nouvian says. In this work, the research team focused on the impact of group size, as previous studies have found that this factor can influence aggressive responses in social insects. 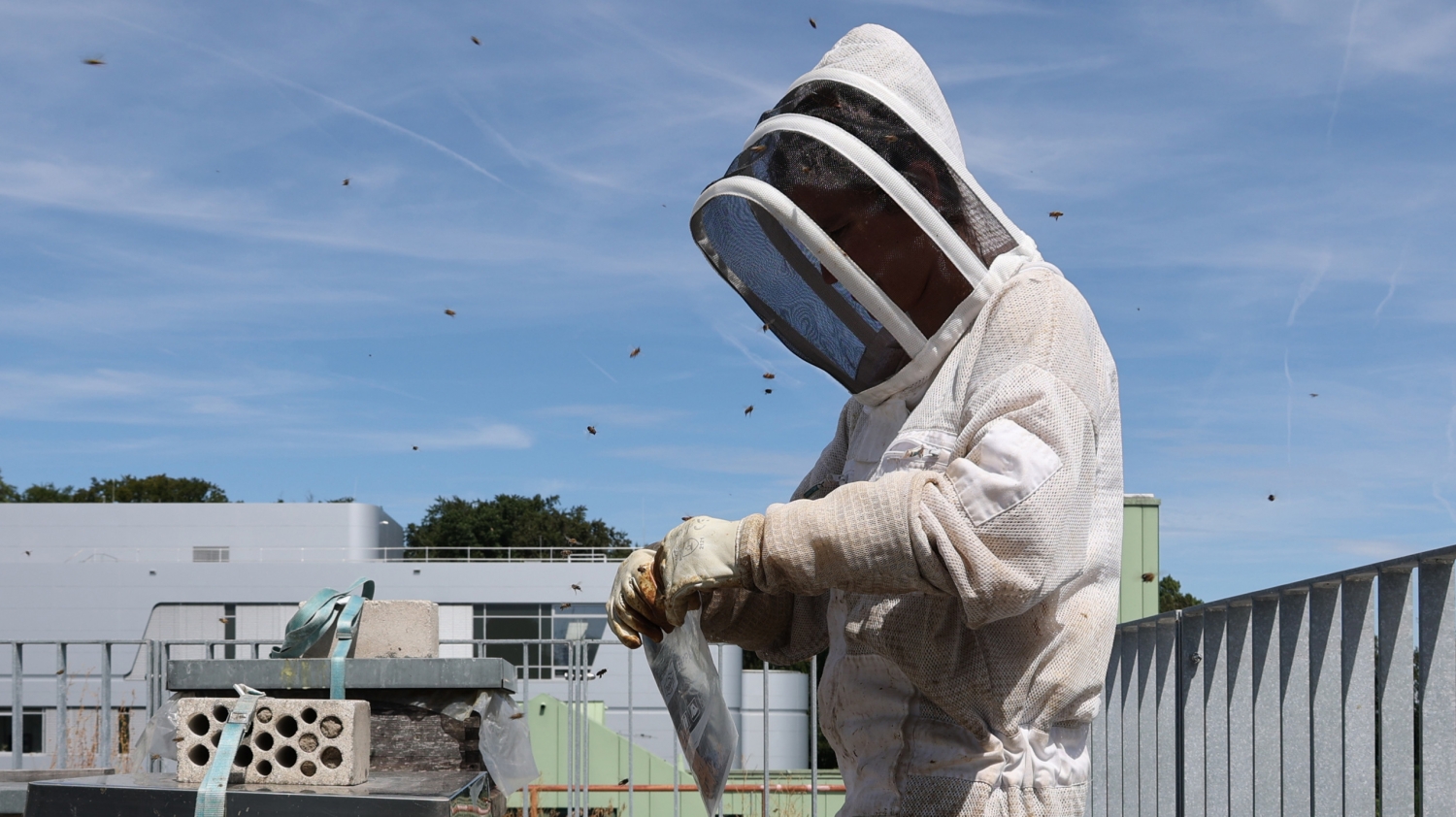 Morgane Nouvian stands in front of her beehives on the roof of the University of Konstanz.

Two-folded research approach
The authors first observed the behaviour of groups of bees confronted with a fake predator, a rotating dummy, and quantified their defensive reaction by simply counting the number of stingers embedded in the dummy at the end of a trial. Thereafter, they proposed a mathematical model of the group dynamics, which transparently links the probabilistic choice of a single bee to sting at a given alarm pheromone concentration, to the collective outcome observed in the experiment. 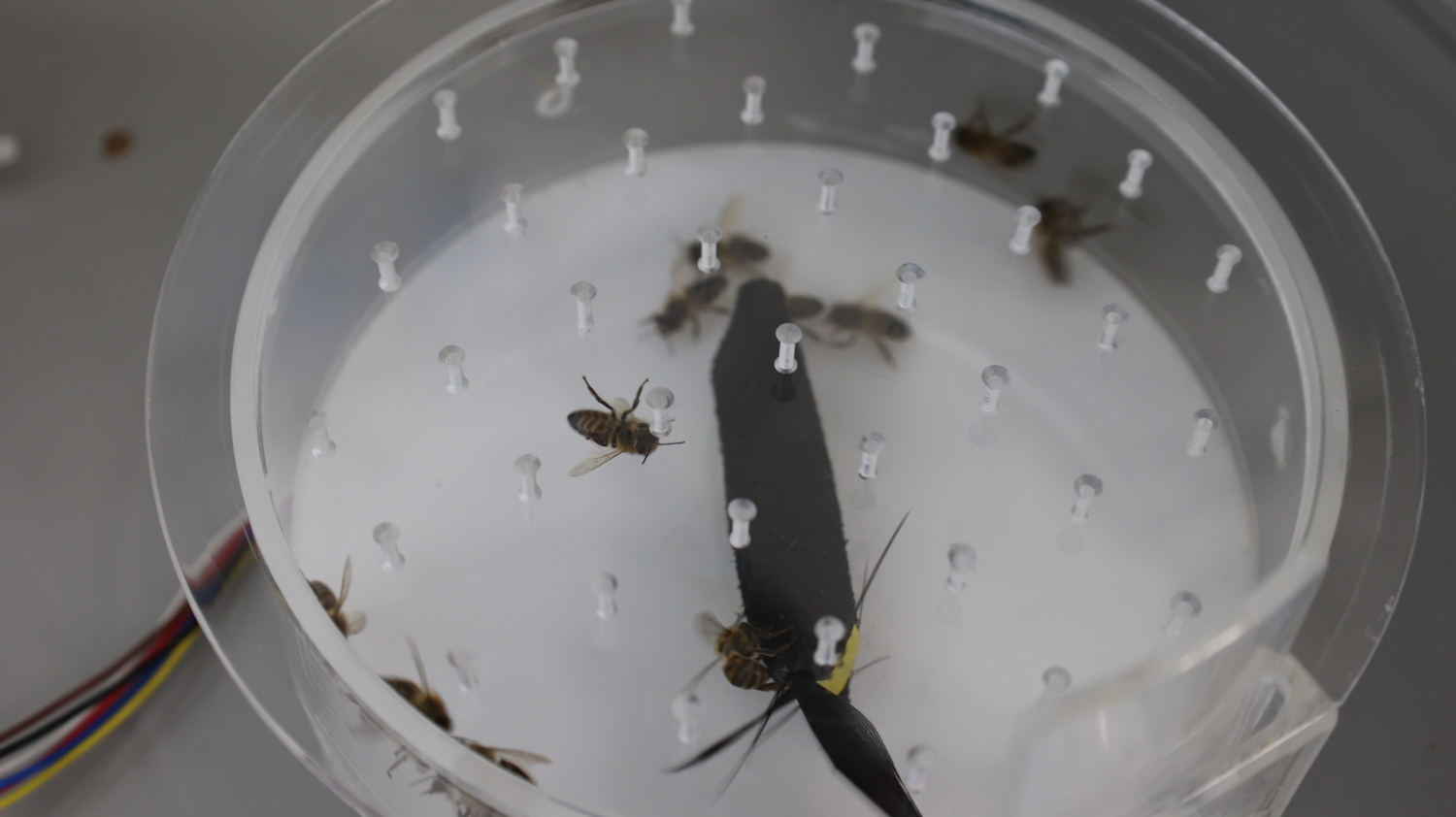 Extracting individuals’ behaviour from group-level data is an interesting problem from the computer science point of view at several levels. “First, models of group behaviours enumerating each possible social context of an individual suffer from the combinatorial explosion of states, but also from a growing number of model parameters”, Tatjana Petrov says and adds: “Moreover, many sources of uncertainty like randomized choices of individuals, unknown parameters or limited data sample size require novel methods for quantifying uncertainty.”

Bees weigh in their social context when making the decision to sting
The collaboration between computer scientists and neurobiologists gives both sides a new perspective on research as the authors sum it up: 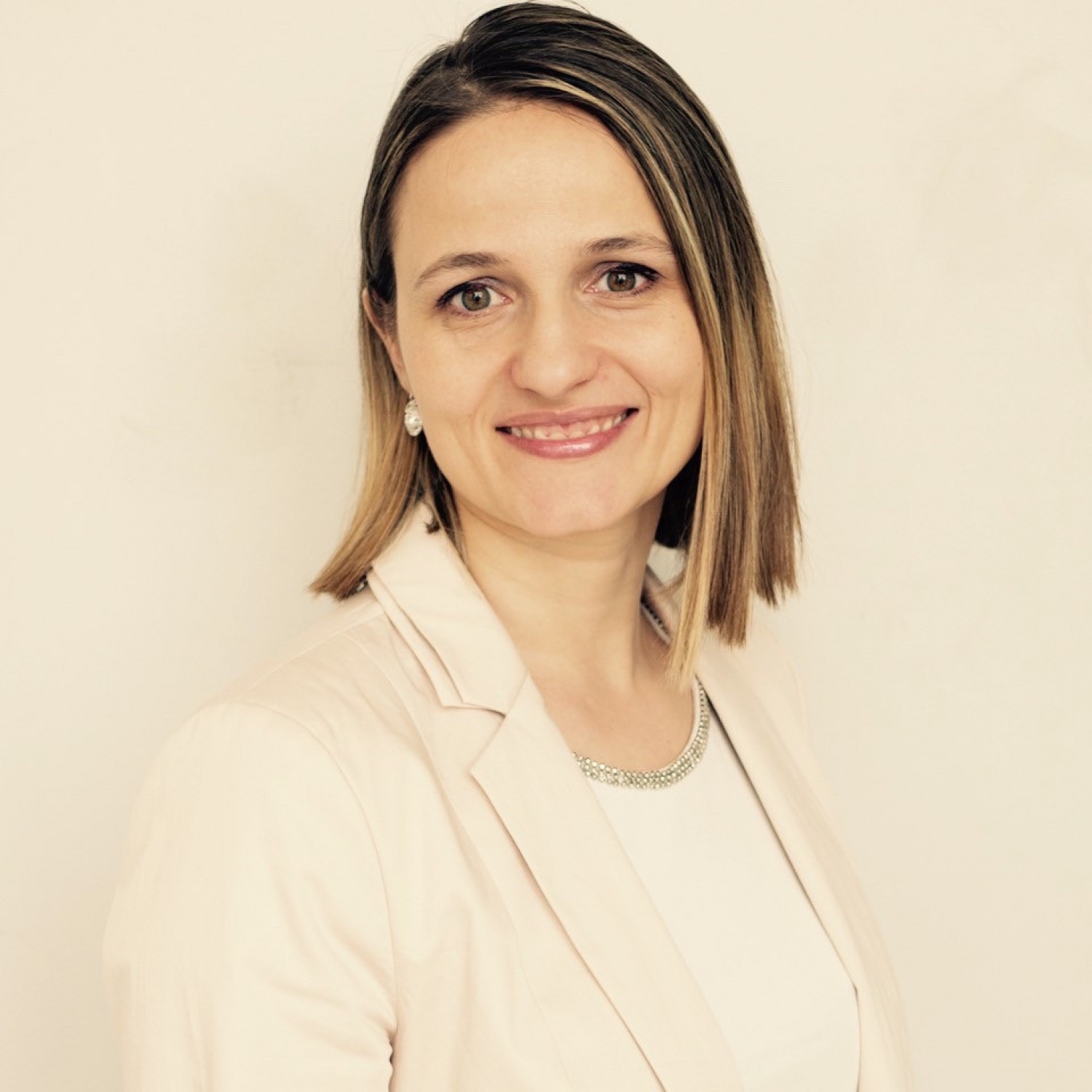 "On the computational side, we proposed novel methodology for extracting individual behaviour from population data. To that end, we uniquely combined state-of-the-art formal methods, and statistical inference."

A software tool created by the authors modularly integrates all steps of the analysis process. The software developed and maintained by doctoral student Matej Hajnal makes it possible to focus on the biological question, while having a clear model interpretation on one hand, and uncertainty quantification on the other.

"On the biological side, we provide evidence that bees weigh in their social context when making the decision to sting", Nouvian summarizes. 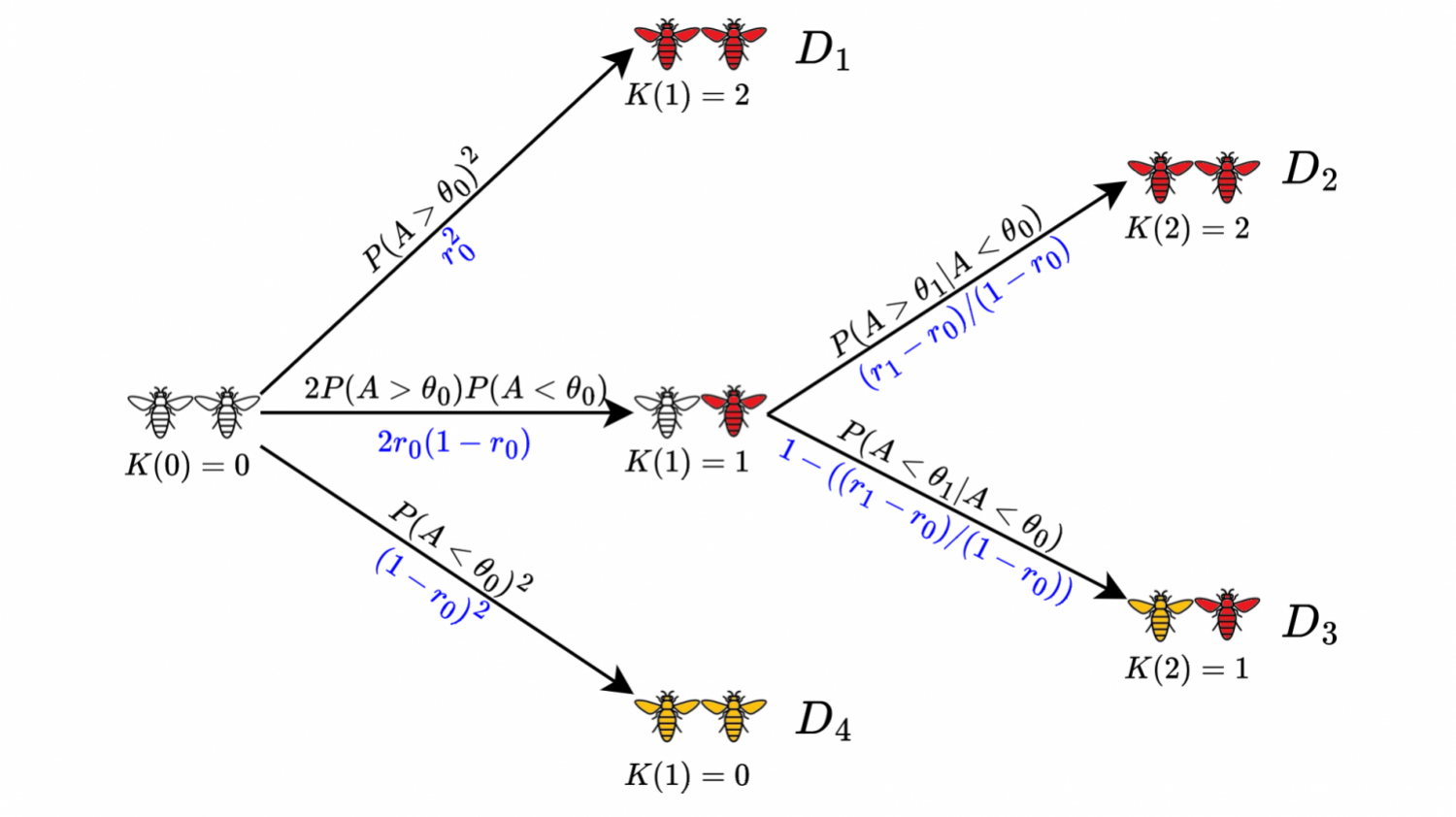 A Markov chain model of four different stinging scenarios for a group of two bees.

“We come to this evidence by running our analysis on each group size separately, and then comparing the dose-response curve to the alarm pheromone obtained.” The authors show that recruitment becomes less effective as group size increases, and thus social inhibition plays a role on top of alarm pheromone communication.

Transferability to a number of other biological systems
"Our methodology addresses a specific social phenomenon in honeybees, but it can also be seen as proof-of-concept for the current challenge of 'opening' the black-box models of observed collective behaviour, and providing interpretable behavioural hypotheses at the level of individuals", Petrov summarizes. She expects her approach can be applied to a range of other biological systems. "With regard to a broader application of our approach, we have already identified novel computational challenges, especially with regard to providing scalability and uncertainty quantification in case of, for example, large populations, imprecise measurements and a richer cognitive capacity of individuals."