Stinging insects—especially those with a predilection for our picnics—can be the sting in the tail of summer. But knowing a bit about the biology and behaviour of stinging insects can help us coexist for the brief period we’re together outdoors, says bee researcher Dr. Morgane Nouvian, member of the Cluster of Excellence “Centre for the Advanced Study of Collective Behaviour” at the University of Konstanz.

Nothing says summer like warm weather, outdoor BBQs—and pesky black-and-yellow insects. These are the offenders of outdoor dining. They crawl on our food and fall into our drinks for as long as the weather is warm enough to eat outside.

Bees, wasps, and flies make up the collection of striped insects that are conspicuous during the warmer months. But each has unique behaviours, especially in relation to interactions with people. Only wasps pose a nuisance when food is about, and the risk of getting stung can be easily managed with a bit of knowledge about their biology.

“If you don’t bother them, they won’t bother you. The best thing to do is to stay calm and move away if you can,” says biologist Dr. Morgane Nouvian, a research fellow at the Zukunftskolleg who studies stinging behaviour of bees. Or, she says, just share. “Letting them feed on a bit of food at a distance can distract them enough to leave you alone.”

The sting in the tail

According to Nouvian, bees and wasps will never sting if unprovoked. “Swatting them away is the worst thing we can do as it triggers their defensive behaviour. Similarly trying to kill or catch them will also lead them to sting.”

If they feel the colony is in danger, bees and wasps also engage in other non-stinging defensive behaviours.

“If you get too close to the hive or nest they will fly around, bumping into you, biting, making high pitched noises - anything they can to make you leave.”

As for the actual sting, bees and wasps differ in the mechanism of the act. A wasp sting is smooth, which has the benefit that the sting does not stay in your skin, but also means that the wasp can sting multiple times. A bee sting is covered in barbs and remains lodged in the skin, pumping venom into our bodies long after the bee has fallen off (Because of this, bees die after stinging.) This is why bee stings should be removed as fast as possible. Nouvian recommends scraping the sting off, rather than pinching it, to prevent more venom entering the body.

For Nouvian, the sacrificial nature of bee stings presents an interesting problem with regard to defence. “Bees have to sting to defend their colony, but it also costs them their lives, which in turn is costly for the colony,” she says. In her Social Neuroethology laboratory group, the French-born researcher is exploring if bees have a mechanism that prevents them from over stinging. “I’m interested in understanding collective defence in bees, how they tune their attack to the right level. You wouldn’t sacrifice 1000 bees if 100 would be enough,” says Nouvian. 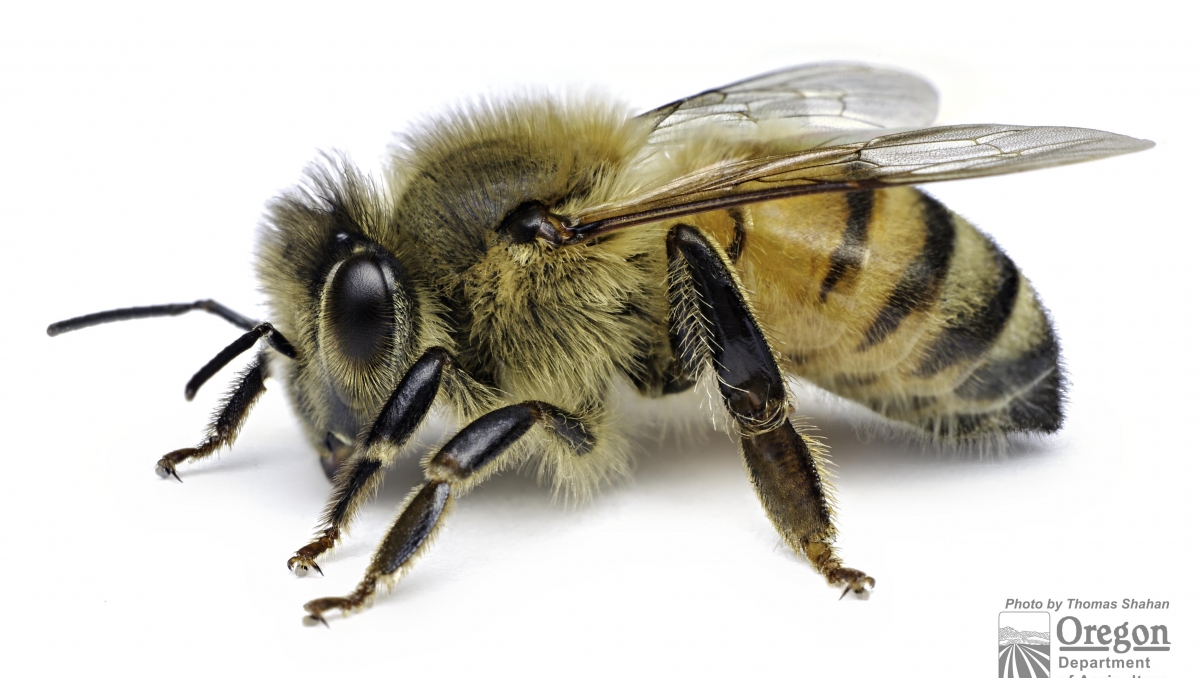 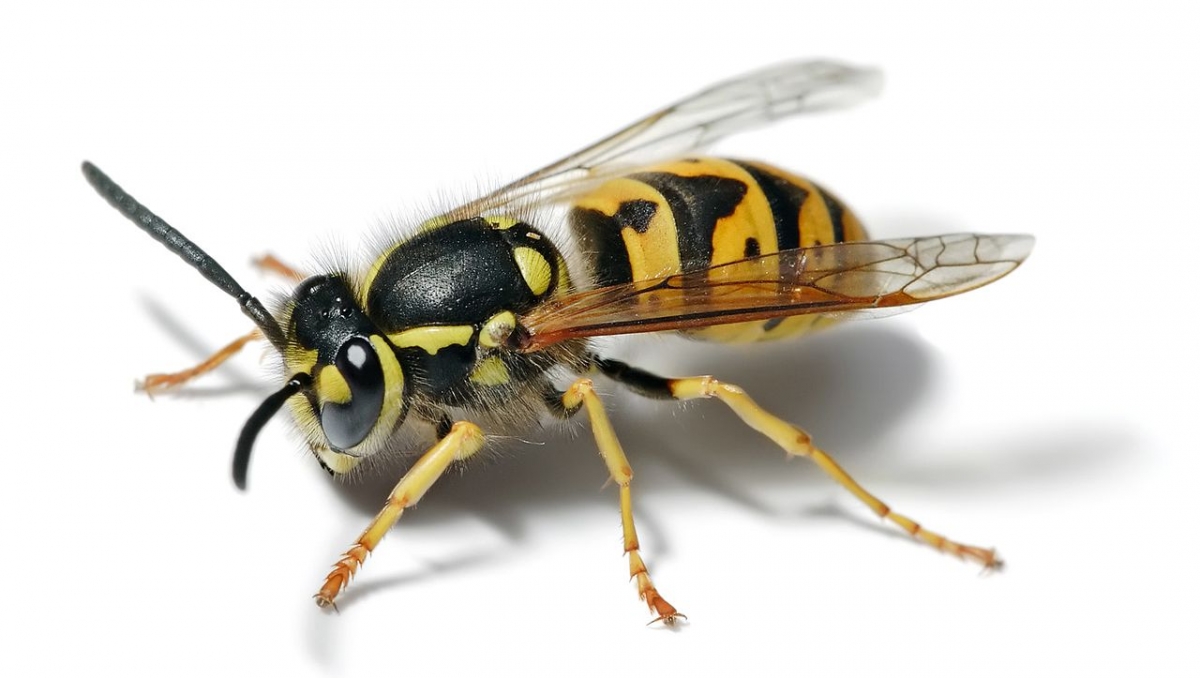 Members of the order Hymenoptera, bees and wasps are easy to tell apart, both by how they look and how they act. Bees are hairy and more brownish in colour, while wasps are smooth with stripes of bright yellow. Their behavioural differences are even more striking:

“Bees don’t come and annoy you. They are not interested in your food. The rare times that bees venture near people is if somebody is wearing a fragrance that reminds them of a flower or wearing the colour blue, which they are attracted to.”

Bees are not interested in our food because they feed only on one thing. “They are highly specialised to feed on flowers, eating pollen as their source of protein and drinking nectar for sugar,” she says.

Wasps, on the other hand, can derive their sugar and protein sources from anything that is convenient. “You see them drinking at flowers, like bees, feeding on fallen fruit, and hunting insects. But they are just as happy to go for the ham in your sandwich for protein or your glass of juice for sugar,” she says.

But wasps, which are native to Germany and other northern hemisphere countries, also provide many beneficial services, both for us and the environment: wasps eat a lot of insects we consider pests, flies and caterpillars, and they also contribute to pollination. “Wasps are the main pollinators of common ivy, which in turn provide important fruit sources for birds,” says Nouvian.

The scourge of summer

Wasp colonies are active for only part of the year, from spring to late summer. Wasp queens spend the winter hibernating, emerging from the ground in spring to start the new colony. The queen’s eggs hatch into larvae, which mature into winged adults, called “workers.” By summer, large numbers of workers can be seen outside collecting sugar to feed themselves and protein to take back to the colony to feed larvae. At summer’s end, the queen stops producing worker wasps and instead produces males and new queens to take over colony production next year.

Bees, however, leave their colony and start foraging in early spring. Unlike wasps, their colonies can survive over winter by feeding on the stored honey they make in summer. Workers emerge as soon as the weather is warm enough for flight. “That’s why you start seeing bees from spring, but wasps only appear later in summer,” says Nouvian.

About Dr. Morgane Nouvian:
In the Social Neuroethology Lab at the University of Konstanz, Dr Morgane Nouvian leads a team of researchers to understand how bees take complex decisions. A good example of one of these complex decision is the choice to sting (or not). Before making their final choice, bees must parse composite information about colony state, nectar flow, floral odours and more. Within this framework, Nouvian focuses on the information coming from other bees, and then connects this to what's happening in their brains. She studies neuromodulators like serotonin, which have been involved in aggression in species from humans to flies, to see how they in turn underpin the ultimate behaviour and ecology of bees.
Further information