In a high-profile Letter in Science, University of Konstanz climate scientist and ecologist Dr Aleksandra Kosanic, an Associate Fellow of the University of Konstanz’s Zukunftskolleg, draws attention to the fact that disabled populations have, until now, been absent from international conversations about climate change and its impact.

“Global environmental change should be considered a disability rights issue”, first author Dr Aleksandra Kosanic and her colleagues Dr Mialy Razanajatovo (also University of Konstanz), Dr Jan Petzold (Center for Earth System Research and Sustainability (CEN), University of Hamburg) and Dr Amy Dunham (Rice University, USA) argue in their recently published Letter in Science, which has since been picked up on by Forbes and Scientific American. The researchers believe that climate change and the resulting loss of ecosystem services will affect the world’s disabled populations disproportionately by exacerbating inequalities and increasing marginalization. Not only may disabled communities experience limited access to knowledge, resources and services, which may prevent them from effectively responding to climate change, they write. Disabled populations may also prove more vulnerable to extreme climate events, as research on Hurricane Katrina has revealed, to the loss of ecosystem services or to infectious diseases.

“Global environmental change should be considered a disability rights issue.”

“The problem is that disabled populations have, until now, been mostly absent from the global conversation”, Kosanic says. “This is true for policy-making as much as it is for the scientific debate around environmental change”. As a researcher with cerebral palsy, promoting a disability-inclusive approach in Academia and in addressing climate change is important to her from a personal and professional perspective. The Letter in Science, which addresses this imbalance, was conceived and published on the back of a recent Zukunftskolleg-funded pilot project in Madagascar, which is one of the poorest countries in the world but hosts a significant proportion of the world’s biodiversity. The study sought to identify climate change impact in central and east Madagascar on the one hand, and to identify the importance of cultural ecosystem services across different local communities and subgroups and their relationship to human well-being on the other.

In the course of their research project, Kosanic, her colleagues Mialy Razanajatovo from the University of Konstanz and Jan Petzold from CEN as well as a team of Madagascan researchers (Ravaka Andriamihaja, Joseph Felana Rakoto, Princy Rajaonarivelo Andrianina, Sitraka M. Ranaivosoa-Toandro and Leonnie Marcet Voahanginirina) visited four local villages with different cultural identities and ethnic backgrounds to interview various population subgroups on their experiences of climate change and associated impacts on human well-being. These subgroups included the elderly, the young and the disabled population. In the course of several workshops and semi-structured interviews they were invited to share their experience of climate-related changes to the natural environment as well as how this affected their lives and cultural ecosystem services such as spiritual values, recreation or traditional knowledge.

“Especially the last concept was hard for them to grasp”, Kosanic adds: “In small and poor communities such as the ones we visited all attention tends to be focused on provisioning. They are mainly concerned about obtaining clean water and food. They don’t consider the way they fish, which is completely different to the methods used in other parts of the country, as part of their cultural identity or traditional knowledge”. But it is exactly this kind of knowledge that ecosystem services experts like Kosanic believe can help promote sustainability on a global scale to meet the 2030 Agenda for Sustainable Development, which was adopted by all United Nations Member States in 2015.

“We’re currently at a stage – in Madagascar certainly – where people are still trying to figure out the impact of environmental changes or changes in climate or land use, which is why more research on this whole topic of ecosystem services as well as cultural ecosystem services is urgently required”. With their pilot study, the researchers have taken a first step towards providing local policy-makers, conservation practitioners and climate change agencies with evidence-based information for improving government efforts towards sustainable development. The initial results of the project were presented at the World ESP 10 Conference 2019 in Hanover, which took place from 21 to 25 October 2019. In a next step, further translation work and analysis will be carried out on the interviews, all of which were conducted in Madagascan.

Working towards policy-change
“Another important realisation that came out of this research project was that there is in fact this big gap in our knowledge as to how cultural ecosystem services impact the well-being of different subgroups, including the disabled population”, Kosanic continues. “In terms of aesthetics, for instance, the world is a very different place for individuals who are visually impaired. While you and I can appreciate the beauty of the natural world, people with a visual impairment might rather place value on the biodiversity – on the smells and sounds. While working on this project, we quickly realised that no one in the research community is actually making that connection, that the disabled population is completely left out of current conservation strategies and policy-making”.

Another aspect of climate change besides the loss of ecosystem services that Kosanic and her colleagues are particularly interested in are different aspects of climatic impacts, including extreme climate events such as floods, sea level rise or storm surges, amongst others. But it is not only extreme events that are having the researchers worried. “What’s really worrying are the long-term changes to the temperature”, she goes on to explain. “This has a measurable effect on the biodiversity, which can, in turn, affect the lives of people whose health is already compromised”. From an ecological perspective, this includes the spread of invasive species, for instance, which can prove harmful to human well-being. “All of this may not be deadly or even noticeable in the short term”, Kosanic emphasizes. “But this doesn’t mean that it won’t compromise people’s overall quality of life”.

In July 2019, the United Nationas Human Rights Council adopted a resolution calling on governments to include the disabled in governmental climate change plans. But little has been done at the international level, Kosanic and her peers point out in their Letter. They are calling for the formation of dedicated task forces within leading international bodies such as the Intergovernmental Panel on Climate Change (IPCC) or the Intergovernmental Science-Policy Platform on Biodiversity and Ecosystem Service (IPBES). 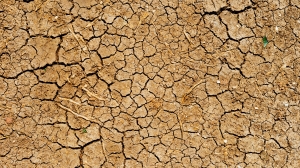 More scientific facts about climate change:
From 25 to 29 November 2019, a national week of climate change events organized by Scientists4Future and Students4Future takes place. In Konstanz, researchers from both the University of Konstanz and the HTWG Konstanz – University of Applied Sciences share their broad range of perspectives on climate change during the “Public Climate School”.

More information and the full programme under: uni.kn/en/public-climate-school.