Invasive alien plants are plant species that grow in an environment outside their native habitat. If they successfully establish self-sustaining populations in these new environments – an event called “naturalization” – they can have considerable negative impacts on local ecosystems, economies, and societies. But not all alien plant species are equally effective in invading new habitats. Therefore, an international team of scientists, headed by Konstanz-based biologist Professor Mark van Kleunen, investigated different types of “invasiveness” and possible factors that determine invasion success of alien plants in Europe.

The new study, published in PNAS, describes plant species invasiveness using three distinct dimensions: local abundance, geographic extent, and habitat breadth. In the current study, these dimensions were assessed at a continental scale for large proportions of the alien and native European floras. High values in the variables characterise the most successful invaders. Introduction histories play an important role in performance along the three dimensions, as do some biological traits: Early introduction to Europe, non-European origin, and rapid growth are characteristics common to many “super-invaders”. The findings of the study improve our general understanding of how plant species – invasive and native ones – distribute and may help to better predict and manage future plant invasions.

Are all invasive alien plants the same?
Experts in the field of ecology increasingly acknowledge that the term “invasive” does not describe a single property. Instead, there are different characteristics in a species’ distribution that can characterize it as invasive or not. To learn more about the different ways that a plant can become invasive, the authors of the recent study combined two extensive datasets, the Global Naturalized Alien Flora (GloNAF) database and the European Vegetation Archive (EVA). For the analysis of the combined data, they adopted a three-dimensional framework that had previously been used to describe the “rarity” of native plant species.
The first description of this framework by Deborah Rabinowitz dates back to the 1980s. Rabinowitz put forward the idea that a “common” plant species is one that is locally very abundant, occurs over a large area, and populates many different habitats. Besides this form of absolute “commonness”, there are seven forms of rarity as different combinations of low performances along the three dimensions. For example, a “rare” plant species can have a high local abundance, but is restricted to a small area and grows only in a specific habitat type.

Just as the model of Rabinowitz allows for different forms of rarity in native plants, it opens up the possibility of various types of “invasiveness” when applied to alien species. Considering this possibility is important because different types of alien invasive species may require different management strategies to deal with them. “If an alien species begins to dominate a local plant community but has low potential to expand its geographic extent and is specialised to a certain type of habitat, conservation efforts could be focused on controlling the species locally rather than preventing further spread,” Dr Trevor Fristoe, lead author of the current study, gives an example.

Alien, but not so different
For native plant species, scientists have previously discovered that the three dimensions of commonness are not completely independent of each other. Instead, species that are locally abundant often also tend to be geographically widespread and occupy a wide range of habitats. “For the alien plant species, our expectation was that these dimensions should be linked just like they are in native distributions. After all, alien plants at one location are native plants somewhere else,” Fristoe describes an important assumption of the study. 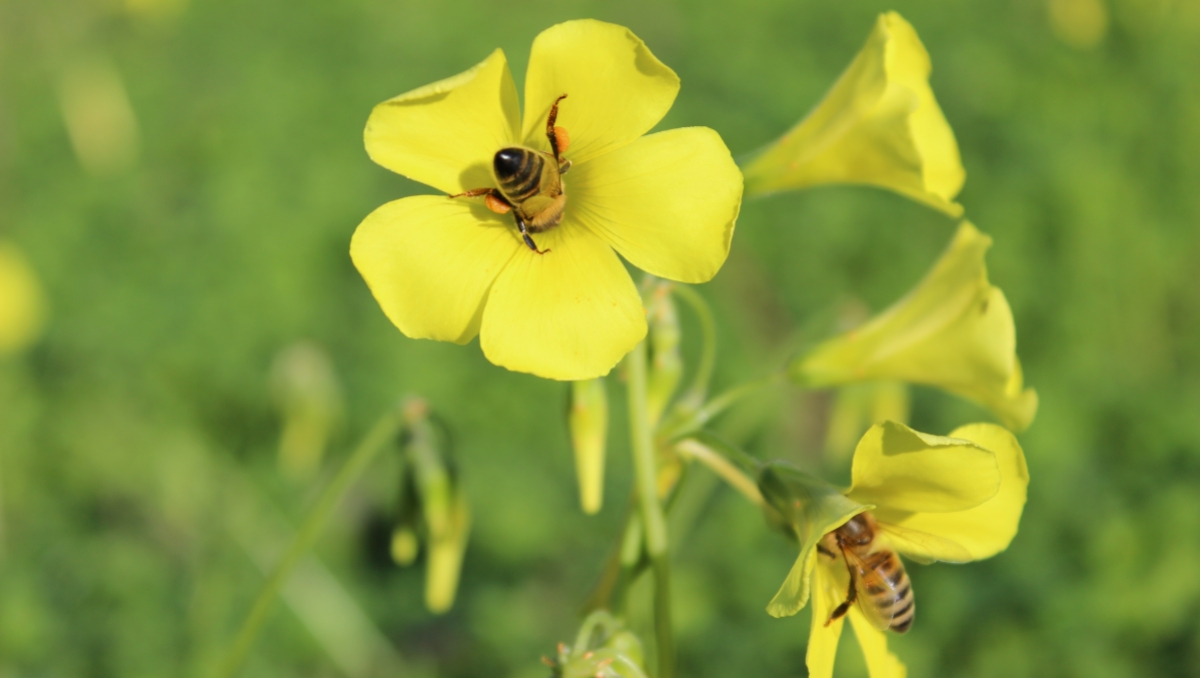 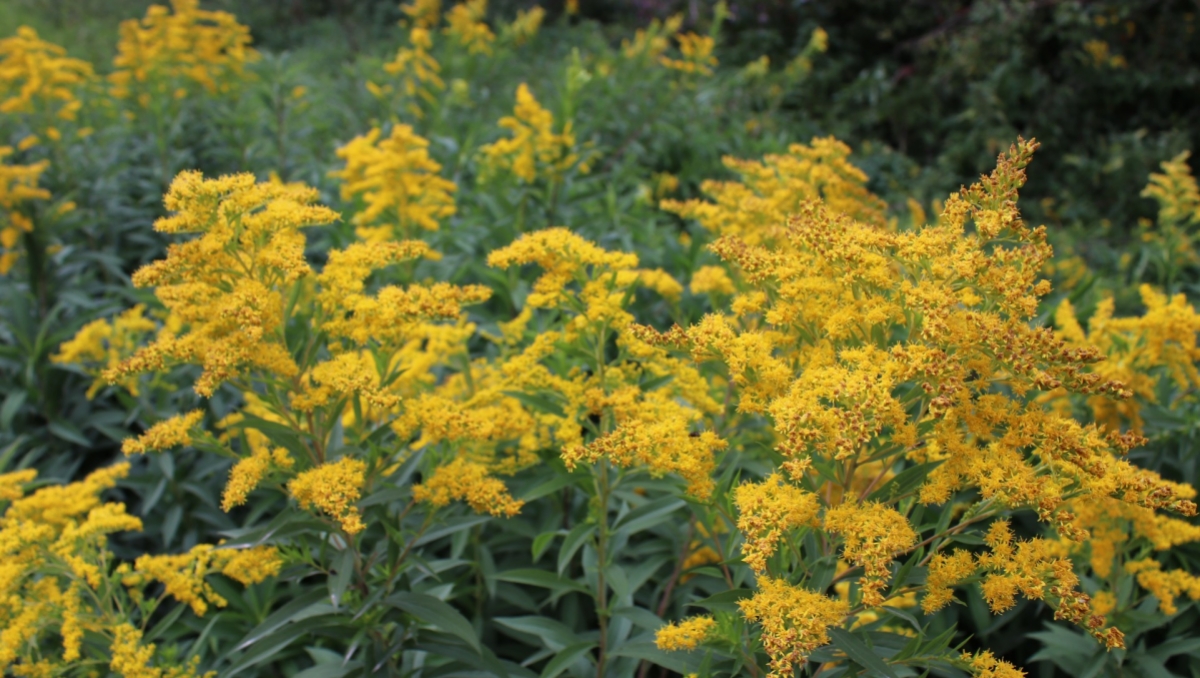 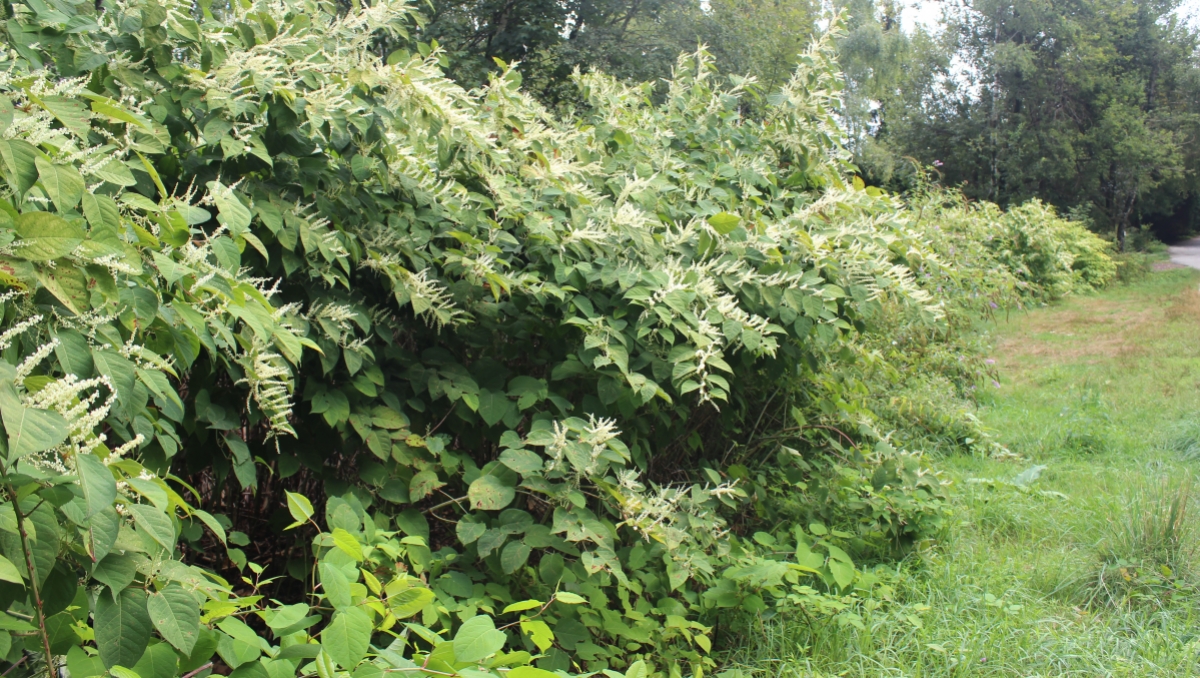 Indeed, the scientists found the associations between the three dimensions – local abundance, geographic extent, and habitat breadth – in the alien species that have invaded Europe to be very similar to the pattern of associations they found in the native European flora: Plants that are successful in one dimension also tend to be successful in the other ones. “These parallels suggest that the same bio-geographic and ecological mechanisms are shaping the distribution in native and alien plant species,” Fristoe concludes.

Drivers of invasion success
Despite the similarities in the association patterns between native and invasive plants, there is also a decisive difference between the two groups: Different from native plant species, the invasive species did not evolve in the invaded habitats into which they have only recently been introduced. Instead, they evolved in other parts of Europe or even on other continents. “Regardless of whether general associations between the dimensions of invasiveness exist, we wanted to identify the drivers of success in each of the dimensions. The plants’ introduction histories were one aspect we considered, along with more ecological or biological factors,” Fristoe explains the second objective of the study.

The scientists found that plants that excel in all three dimensions tend to come from other continents, such as Asia or the Americas, while plants introduced from other parts of Europe are generally poor invaders. In addition, the super-invaders from outside of Europe often have biological properties that help them grow rapidly – at the price of weaker defence mechanisms. Taken together, this provides support for a hypothesis called “enemy release hypothesis”.

“The general idea of the ‘enemy release hypothesis’ is that invasive species leave behind many of the pathogens, herbivores, and competing species they co-evolved with in their native habitats when invading new environments. This allows them to ‘grow out of control’ and the effect may be more pronounced when continental boundaries, such as oceans or mountain ranges, have been crossed for invasion.”

Exceptions to the rule
The scientists also found exceptions to the pattern that plants that are successful in one dimension are also successful in the others and identified possible reasons for these exceptions. For example, the more recent its date of introduction to its new environments, the more likely an invasive plant deviates from the rule. „They are new. They still need time to balance out the conditions,” Fristoe provides an explanation for this observation and continues: “This is quite important. If you find an invasive plant that is successful in only one of the dimensions, but also new, there is reason to worry: It might become successful in the other dimensions later on.” Thus, the “dimensions of invasiveness” framework is not only a valuable tool for explaining current patterns of naturalization and improving our understanding of the dynamics of species distribution in general. It can also help to anticipate future invasions and to develop tailored management strategies to better control invasive alien plant species.

The study received funding from the German Research Foundation (DFG), the Czech Science Foundation (CACR) and the Czech Academy of Sciences (CAS), the Austrian Science Fund (FWF), the Belmont Forum and BiodivERsA with the national funder German Federal Ministry of Education and Research (BMBF), the Basque Government, the National Research Foundation of Korea (NRF) and the Korean government (MSIT), the University of Latvia, and the Velux Foundations.