How does unicellular life transition to multicellular life? The research team of Professor Lutz Becks at the Limnological Institute of the University of Konstanz has taken a major step forward in explaining this very complex process. They were able to demonstrate – in collaboration with a colleague from the Alfred Wegner Institute (AWI) – that the unicellular green algae Chlamydomonas reinhardtii, over only 500 generations, develops mutations that provide the first step towards multicellular life. This experimentally confirmed a theory on the origin of multicellular life, which says that the evolution of cell groups and the subsequent steps towards multicellularity can only take place when cell groups are both better at reproduction and more likely to survive than single cells. These findings have been published in the current edition of Nature Communications from 9 July 2021.

The experiment is based on the theory that multicellular organisms originally evolved from single cells and, in a first step, colonies of identical daughter cells form that do not separate after division. An important but so far experimentally untested condition of this general theory is that, at first, colonies with a higher probability of survival emerge. In a second step, these colonies then develop further to increased reproduction. Only then can the next steps towards specialization in somatic and germ cells follow. Lutz Becks, professor of aquatic ecology and evolution, and his team have experimentally tested the conditions that cause the transition from unicellularity to colony formation. 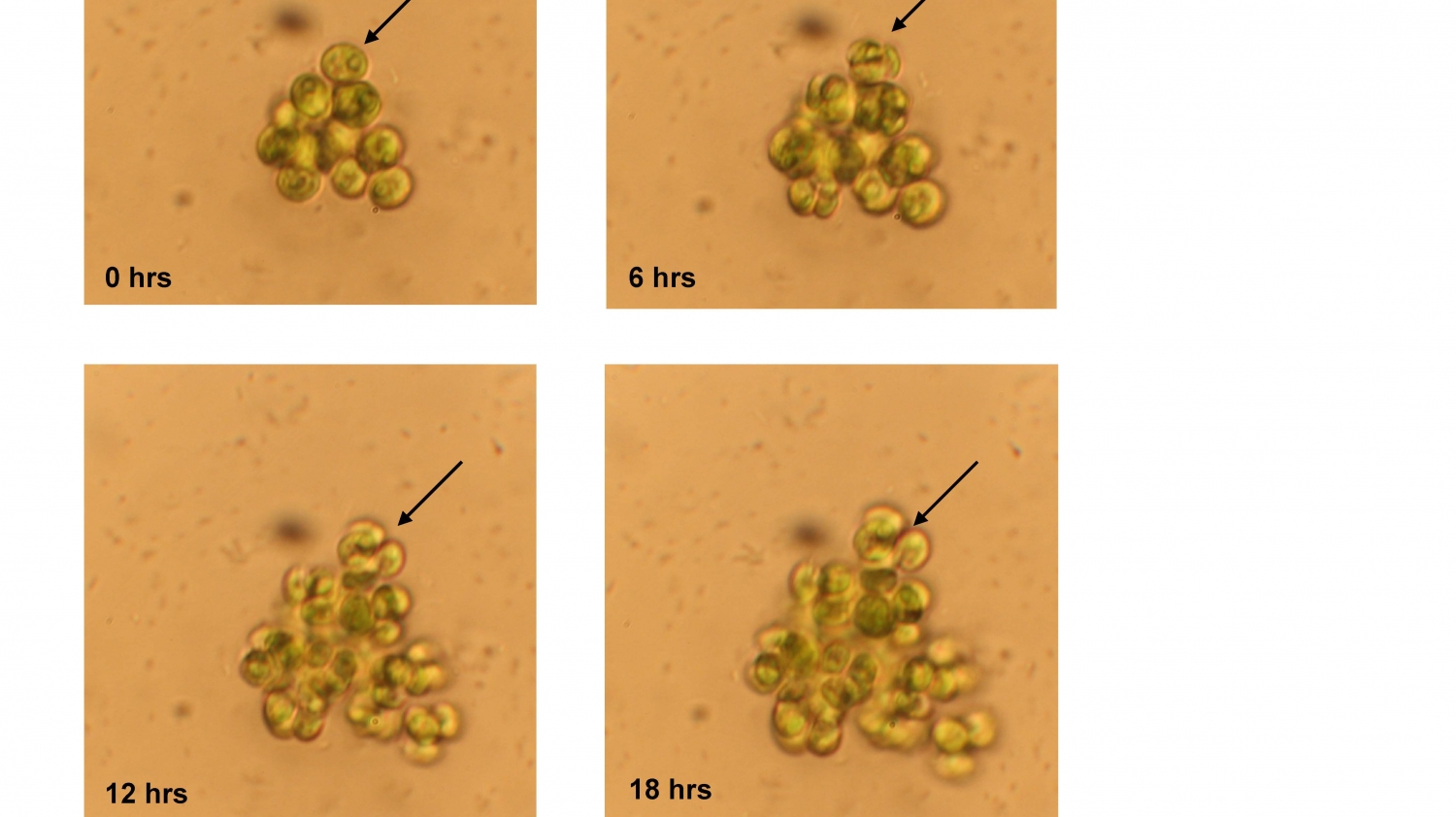 Colonies with identical daughter cells that do not separate after division. In the experiment, the colony was observed over 500 generations in the presence of a predator (rotifer Brachinous calyciflorus). The image shows the same colony after 0, 6, 12 and 18 hours. The cell marked by the arrow divides into eight daughter cells in the first 6 hours, which stick together after cell division instead of separating and swimming away as their ancestor in the experiment.

Too large for predators
As a condition for the development of colonies with a high probability of survival and simultaneously a high reproduction rate, the team created selection pressure by adding a predator to the sample with the algal cells, in this case a multicellular rotifer. Initially, an individual algal cell is unprotected against the predator. Mutations causing the cells to grow in colonies that stick together after cell division increase the probability of survival because predators can no longer, or at least not as easily, eat the colonies.

The rotifer Brachinous calyciflorus tries to eat a colony of the green alga Chlamydomonas reinhardtii, which, however, is too big for its mouth.

The alga Chlamydomonas reinhardtii belongs to a group of algae in which different stages of evolutionary multicellularity can be found and which all descend from a unicellular ancestor. Consequently, the pre-requisites were met for observing the evolution of colonies in the experiment in real time. Ten different cell lines of the alga were isolated and grown in cultures. A predator was added to some, not to others, with all other experimental conditions being the same.

Cell specialization visible on the genome level
A closer look at the evolved cell properties after 500 generations revealed that colonies grew significantly more often in the media with predators and had a significantly higher reproductive rate than colonies growing without predators. Lutz Becks: "The distribution of colony types that survive and those that reproduce quickly fits exactly with the theory we tested. Not only have we shown that they exist, but also that they evolve repeatedly under certain conditions."

This not only confirmed the underlying theory, but also proved that the evolutionary step happened very quickly. It takes about half a year for the required 500 generations to develop. What was surprising for the scientists was that the evolved adaptations of the cells were also reproducible at the genome level. "We had actually expected that the formation of colonies can be achieved by different mechanisms in the algal cells and we would therefore find different mutations. In fact, we have seen a very high level of repeatability. This suggests that the selection pressure has had a very targeted effect," says Lutz Becks. 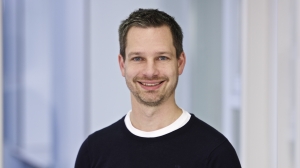 Lutz Becks has been Professor of Aquatic Ecology and Evolution at the Limnological Institute of the University of Konstanz since 2018. He conducts research on eco-evolutionary dynamics in complex systems. Previously, he was at the Max Planck Institute for Evolutionary Biology in Plön, Germany, from 2011 to 2016 as an Emmy Noether Junior Research Group Leader, then as a Heisenberg Fellow.