How animal swarms respond to threats

With the help of microrobots, Konstanz physicists decode how swarms of animals respond effectively to danger

A herd of antelope feeds peacefully on a meadow. Suddenly, a lion shows up, and the herd flees. But how do they manage to do so collectively? Konstanz physicist Chun-Jen Chen and Professor Clemens Bechinger, a member of the Cluster of Excellence "Centre for the Advanced Study of Collective Behaviour", asked themselves how animals must behave in order to initiate an efficient flight response. In a study using microrobots that act like a group of animals, the researchers demonstrate: A swarm of animals – taken as a whole – completes an optimum flight response, even if individual animals do not notice the threat or they react the wrong way. The study was published on 7 March 2022 in the New Journal of Physics (NJP).

A microrobotic swarm
The starting point for the researchers' work was to consider a group of peacefully swirling animals and what would happen if it suddenly encountered a dangerous situation.

For their experiments, the researchers used a system of microrobots, which are comprised of glass beads that are programmable, active, and spread out finely within a certain area. When the beads are lit using a focused laser beam, one side of them warms up and causes them to move, like animals. 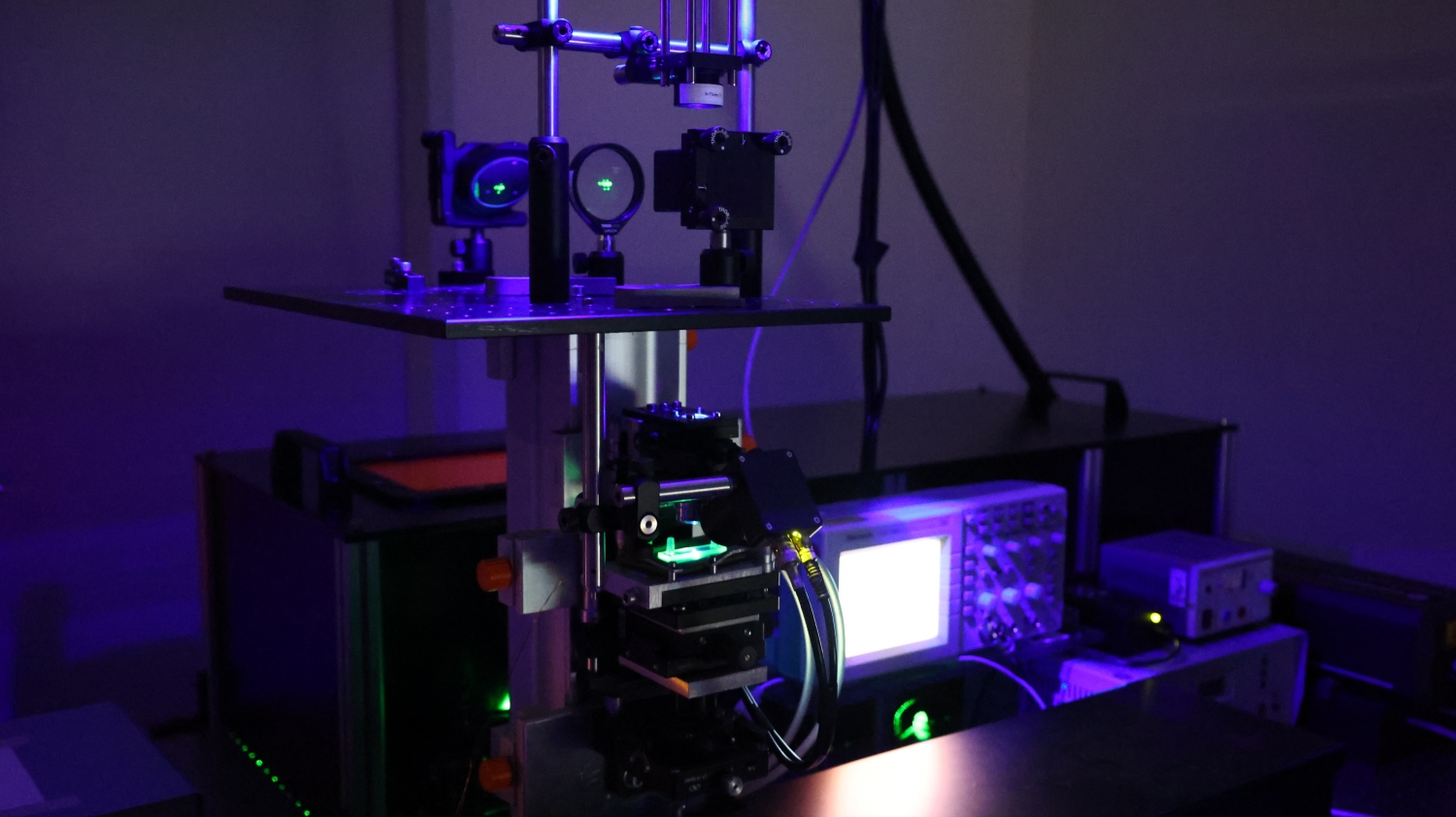 With this laser equipment and microrobots, the physicists imitate a peacefully swirling group. The microrobots are comprised of glass beads that are programmable, active, and spread out finely within a certain area. When the beads are lit using a focused laser beam, the ultrathin carbon cap on one side of them warms up and causes them to move, like animals.

explains Chen, who is completing his doctorate in Bechinger's research team and who was mainly responsible for completing the experiments. "The robots in our swarm are programmed to avoid collisions. They also received the information that they were to orient their motion based on the location of the approximate middle of the group. With the help of these rules, the robots organized themselves into a swirl," and Bechinger adds: "The microrobotic swarm reproduces the movements of real animal swarms surprisingly well".

The flight behaviour of microrobots
As soon as a predator appears, the microrobots change their movements, Bechinger says. However, the change in direction is only minimal and does not cause each member of the swarm to move directly away from the predator at any given time. It is striking, however, that the group as a whole moves in a straight line away from the predator.

"This feat in which individuals move in a way that is not ideal for each one of them, but where the group as a whole behaves optimally, is based on a collective decision-making process or "swarm intelligence" where information is constantly being exchanged between different members of a group"

"One direct consequence of this behaviour is that the efficiency of the flight response remains virtually unchanged, even if half of the microrobots – or animals – do not respond to the threat," Chen explains. "This shows that missing or incomplete information from individual members of a group can be compensated by other members". The physicists think this could possibly be one of the reasons why animals organize themselves in herds, even though herds are significantly easier for predators to spot than individual animals.

Animal behaviour relevant for other applications
In addition to gaining a better understanding of the basis for decision-making in groups of animals, the research results are also relevant for applications in the field of microrobotics. At the moment, different scenarios are being discussed in which multiple autonomous robots complete a useful task together and in which disruptions to communication between the robots would automatically cause problems. With the knowledge gained from this study, a robotic swarm could work well even if, for example, the sensors in individual robots were to fail. Bechinger adds: "The other microrobots would simply compensate for those with broken sensors, giving such systems a very high level of robustness".