A University of Konstanz study examining vaccine-related attitudes reveals that our beliefs are so resilient that we effectively immunize ourselves to the opinions of others.

To vaccinate, or not to vaccinate? That is the question high on the list of polarizing issues of our time. It’s one of those fraught topics that we can’t seem to stop arguing about. Online forums receive a lot of blame for risking public health by highlighting what they call the dangers of vaccination, and discrediting the benefits. Don't they show a pathological tendency for provocative information to be amplified? Don't they constantly drive us deeper into opposing corners? At least, that's how the rhetoric goes.

Now, a study published in the journal Vaccine provides the first rigorous look at how our attitudes towards vaccines (here: the flu vaccine) are shaped by online forces – and may show us a glimpse at the psychological mechanisms of prejudice in general. The study by University of Konstanz psychologists finds that – contrary to expectations – existing vaccination beliefs are very resilient to radicalization, even to the point of being immune to any influence at all.

“Our results show that vaccination attitudes actually don’t follow the oft-told story that online 'echo chambers' automatically increase polarization,” says Dr Helge Giese, a psychologist who studies the social dynamics of information transfer at the University of Konstanz and is lead author on the study. 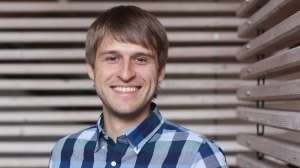 Dr Helge Giese studies the dynamics of social influence and networks.  He is a researcher in ‘Social Psychology and Decision Sciences’, which he joined in 2016.

The debate on vaccination
Vaccine hesitancy – a term used to describe a reluctance to immunize oneself or one’s children to preventable communicable diseases – has been thrust into the global spotlight. The recent return of measles in Great Britain and the United States, where the disease was once declared eliminated, has spurred drastic political action in other countries, like Germany, where the parliament voted in November to make measles vaccination compulsory for children in childcare or entering school.

All this has turned the public eye towards the small but vocal community of people – often known as anti-vaxxers – who oppose the use of vaccines. Public health experts worry that the ubiquity of internet platforms, and the mechanisms governing online interactions, are fanning the flames of alarmist views on the dangers of immunization—leaving people with more negative attitudes and stronger hesitancy towards vaccination than is warranted by scientific evidence.

Negative opinions and 'echo chambers'
“Given what we know about the internet, we thought there was a real possibility that if someone were to look online for information on vaccination they could easily become a vaccine sceptic,” says Professor Wolfgang Gaissmaier, who leads the Social Psychology and Decision Sciences group at the University of Konstanz and is senior author on the paper.

Gaissmaier had every reason to assume this. In 2015, he was part of a landmark study which showed that negative information penetrates further and faster into the social network than positive information. Beliefs surrounding vaccination, then, seemed like the exact sort of issue in which alarmist attitudes would be amplified via the “social amplification of risk” framework found in this earlier study.

“We thought that, since negative information persists in social networks, it would also be reinforced and amplified by an 'echo chamber' effect,” says Giese. People with pro-vaccine beliefs, on the other hand, would also cluster together online, and their attitudes would also be driven to extremes. “Our hypothesis was twofold: we expected that in groups with shared opinions, attitudes would become more extreme over the course of time. And we expected this effect to be much stronger on anti-vaccine group's side,” says Giese. 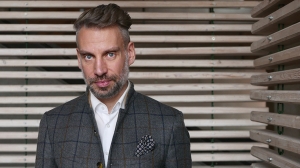 Professor Wolfgang Gaissmaier conducts research on heuristics, risk perception and communication, and medical decision making. He leads the group on ‘Social Psychology and Decision Sciences’ since 2014.

A game of 'Telephone'
To test these hypotheses, a team of researchers of the University of Konstanz, the Max Planck Institute for Human Development, and the University of Erfurt designed a creative experiment. Unlike similar studies, which have analyzed observational data such as from Twitter, theirs possessed an important edge: through experimental manipulation, they were able to directly measure polarization in the transmission of vaccination risk information in online communication chains.

To do this, the team simulated the ecosystem of online communication with a so-called “diffusion chain,” in which messages focused on the topic of flu vaccination were transmitted from one person to the next. The first important step was to select participants with pre-existing views, either for or against the flu vaccine, which actually posed a considerable challenge: “It’s easy to find people with positive views, but much more difficult to find those opposed to flu vaccination,” says Giese.

Participants were then assembled into mixed or shared opinion groups to test whether polarization occurs to a higher degree in like-minded groups. One participant in each group received a number of information snippets to read and evaluate, and was then asked to pass this or any information they wanted on to the next participant in their group. The receiver evaluated this information and was again asked to pass on what they deemed useful to the next link in the information chain. "The whole process was not unlike a game of 'Telephone'," comments Dr Hansjörg Neth, who co-authored the study.

Importantly, the researchers controlled what information the participants received: either conforming or contrary to their prior attitude. Ultimately this allowed the researchers to directly test the presence of the ‘echo chamber’ effect by feeding attitude-consistent information to like-minded groups. “The power of this study, and why it goes beyond others, is that we experimentally tested these ideas.” says Neth. 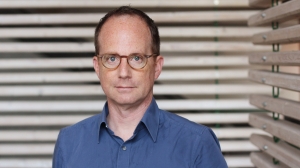 Dr Hansjörg Neth studies adaptive behavior and heuristic decision making in individuals and collectives. He is a researcher in ‘Social Psychology and Decision Sciences’ since the group’s creation in 2014.

Filtering information through the lens of prejudice
The filtering of information was thorough and immediate. The first link passed hardly any of the provided material on to the next. And the little that they did pass on conformed to their prior attitude. “Almost everything disappears immediately,” said Neth, “but given that people trust information more if it fits with their beliefs and are so highly selective, it is surprising that we didn’t find increasing polarization.” There was no evidence to support the expectation that attitudes would become more extreme in groups of people who shared the same opinion. Instead, the results indicated that people simply ignore all information that does not conform to their own opinion.

So is this a good thing or a bad? Should our take-home message be simply that changing the attitudes of anti-vaxxers is hopeless? For now, Giese says, the findings also provide some comforting news for health policy. “Our findings show that this 'echo chamber' parlance should be taken with a grain of salt. Contrary to our expectations, the anti-vaccine attitudes were not picked up more easily, and viewpoints within our already polarized groups did not get more extreme by social interaction. Still, our next step must now be to look into the social dynamics of opinion formation itself. We need to understand where polarized views come from and how scientific evidence may reach people regardless of their current convictions.”

The big picture: studying the mechanisms of opinion formation
The implications of these findings extend beyond the realm of public health. The fraught issue of mandatory vaccination, currently hotly debated in Germany and other countries, demonstrates the importance of studying the mechanisms of how people arrive at their views, how they pass them on, and what might induce them to change their minds. A big-picture look at these mechanisms quickly identifies them as a determining factor in countless much-discussed phenomena of our time: from economic bubbles to the current climate protests, from the formation of 'parallel societies' and conspiracy theory networks to the debate on migration and integration, from consumer habits to intergenerational mobility. “Mechanisms of social influence is a topic of key importance to many global issues,” says Gaissmaier, “so it’s not surprising that it has taken up strategic importance in Konstanz.”

The University of Konstanz is home to two Clusters of Excellence – the "Centre for the Advanced Study of Collective Behaviour" as well as "The Politics of Inequality" – which are bringing their resources to bear on fundamental research into the questions of how individuals form and propagate views and opinions, and how these views and opinions determine group behaviour.

Four principal investigators, including Gaissmaier, are active in both Clusters. Their research fields integrate the psychology and economics of collective behaviour with a keen interest in the political dimension of societally formed perceptions, social mobilization and the politics of inequality. The current study is an exemplar of both cluster’s research aims in further characterizing social influence, opinion dynamics, and polarization in human collectives.

“Vaccination related perceptions are resilient against contradicting online information, in either direction,” says Giese. “Successful health communication should therefore particularly target those who have not yet made up their mind.”

The paper “The echo in flu-vaccination echo chambers: Selective attention trumps social influence” by Helge Giese, Hansjörg Neth, Mehdi Moussaïd, Cornelia Betsch, Wolfgang Gaissmaier will be published in Vaccine with the doi: 10.1016/j.vaccine.2019.11.038. The work was supported by the German Research Foundation [DFG] under Grant FOR 2374 (DFG Research Unit) “Risk Dynamics” and the German Research Foundation Centre of Excellence 2117 "Centre for the Advanced Study of Collective Behaviour".