The sixth sense of animals: an early warning system for earthquakes?

Even today, nobody can reliably predict when and where an earthquake will occur. However, eyewitnesses have repeatedly reported that animals behave unusually before an earthquake. In an international cooperation project, researchers from the Max Planck Institute of Animal Behavior in Konstanz/Radolfzell and the Cluster of Excellence Centre for the Advanced Study of Collective Behaviour at the University of Konstanz, have investigated whether cows, sheep, and dogs can actually detect early signs of earthquakes. To do so, they attached sensors to the animals in an earthquake-prone area in Northern Italy and recorded their movements over several months. The movement data show that the animals were unusually restless in the hours before the earthquakes. The closer the animals were to the epicentre of the impending quake, the earlier they started behaving unusually. The movement profiles of different animal species in different regions could therefore provide clues with respect to the place and time of an impending earthquake.

Experts disagree about whether earthquakes can be exactly predicted. Nevertheless, animals seem to sense the impending danger hours in advance. For example, there are reports that wild animals leave their sleeping and nesting places immediately before strong quakes and that pets become restless. However, these anecdotal accounts often do not stand up to scientific scrutiny because the definition of unusual behaviour is often too unclear and the observation period too short. Other factors could also explain the behaviour of the animals.

In order to be able to use animal activity patterns as a kind of early warning system for earthquakes, the animals would have to show measurable behavioural changes. Moreover, if they do indeed react to weak physical changes immediately before an earthquake, they should react more strongly the closer they are to the epicentre of the quake.

In an international cooperation project, researchers from the Max Planck Institute of Animal Behavior in Radolfzell/Konstanz and the Centre for the Advanced Study of Collective Behaviour, a Cluster of Excellence at the University of Konstanz, have investigated whether animals really do this. On an Italian farm in an earthquake-prone area, they attached accelerometers to the collars of six cows, five sheep, and two dogs that had already displayed unusual behaviour before earthquakes. The researchers then recorded their movements continuously over several months. During this period, official authorities reported about 18,000 earthquakes in the region. In addition to many small and hardly noticeable quakes, there were also 12 earthquakes with a strength of 4 or higher on the Richter scale.

The researchers then selected the quakes that triggered statistically relevant earth movements on the farm. These included strong quakes up to 28 km away as well as weaker quakes, the epicentres of which were very close to the farm. However, instead of explicitly looking for abnormal behaviours in the period before these events, the researchers chose a more cautious approach. They first marked all behavioural changes of the animals that were unusual according to objective, statistical criteria. “In this way, we ensure that we not only establish correlations retrospectively but also that we really do have a model that can be used for predictions,” says Professor Martin Wikelski, director at the Max Planck Institute of Animal Behavior and Principal Investigator at the Centre for the Advanced Study of Collective Behaviour.


The data—measured as body acceleration of each farm animal (indicating activity level)—were evaluated using statistical models drawn from financial econometrics. “Because every animal reacts differently in size, speed and according to species, the animal data resemble data on heterogenous financial investors,” explains co-author Winfried Pohlmeier, Professor of Econometrics at the University of Konstanz and Principal Investigator at the Centre for the Advanced Study of Collective Behaviour. The scientists also considered other disturbance factors such as natural changes in animal activity patterns over the day.

Unusual behavioural patterns before an earthquake

In this way, the researchers discovered unusual behavioural patterns up to 20 hours before an earthquake. “The closer the animals were to the epicentre of the impending shock, the earlier they changed their behaviour. This is exactly what you would expect when physical changes occur more frequently at the epicentre of the impending earthquake and become weaker with increasing distance,” explains Wikelski. However, this effect was clear only when the researchers looked at all animals together. “Collectively, the animals seem to show abilities that are not so easily recognized on an individual level,” says Wikelski.

It is still unclear how animals can sense impending earthquakes. Animals may sense the ionization of the air caused by the large rock pressures in earthquake zones with their fur. It is also conceivable that animals can smell gases released from quartz crystals before an earthquake.

Real-time data measured by the researchers and recorded since December 2019 show what an animal earthquake early warning system could look like: a chip on the collar sends the movement data to a central computer every three minutes. This triggers a warning signal if it registers a significantly increased activity of the animals for at least 45 minutes.

The researchers have once received such a warning. “Three hours later, a small quake shook the region,” says Wikelski. “The epicentre was directly below the stables of the animals.”

However, before the behaviour of animals can be used to predict earthquakes, researchers need to observe a larger number of animals over longer periods of time in different earthquake zones around the world. For this, they want to use the global animal observation system ICARUS on the International Space Station ISS, which will start its scientific operation in a few weeks.

ICARUS, a scientific project directed by Martin Wikelski, is a joint project funded and carried out by the German Aerospace Center (DLR) and the Russian space agency Roskosmos and is supported by the European Space Agency (ESA). 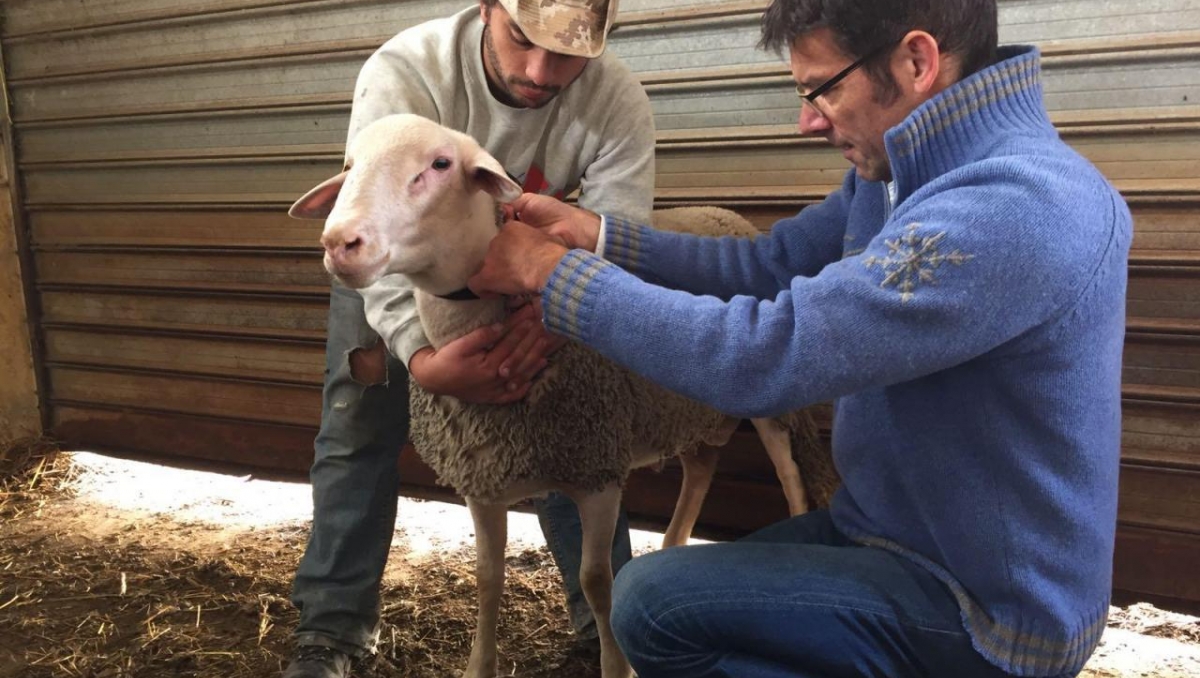 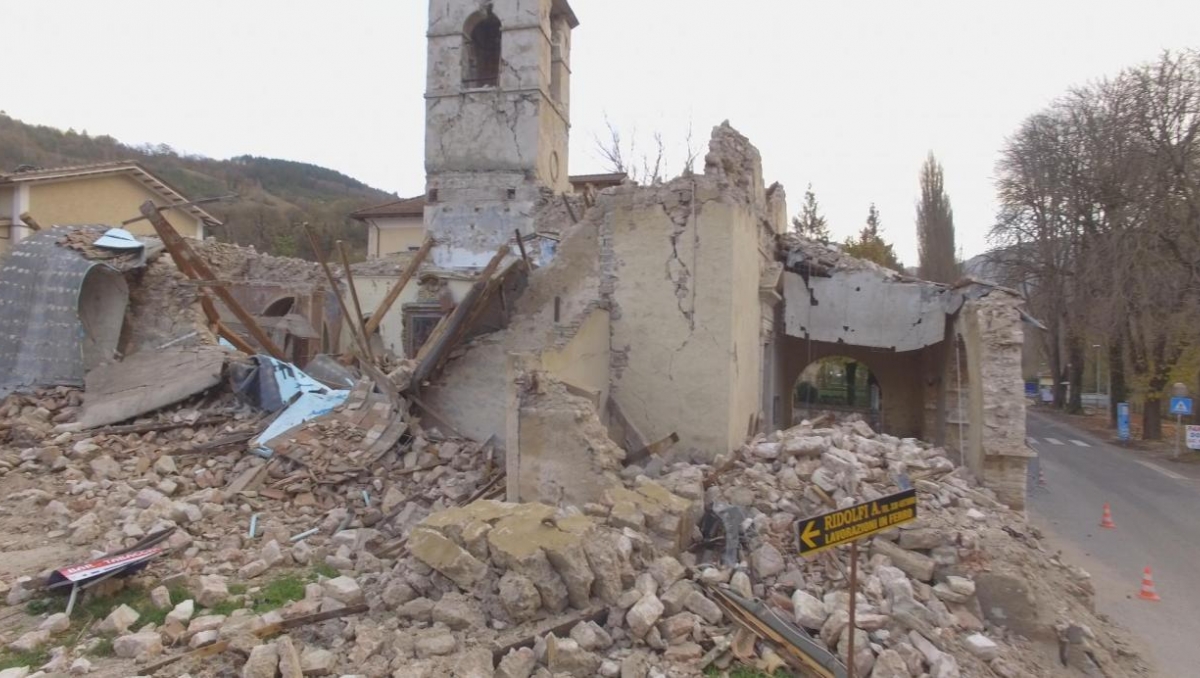 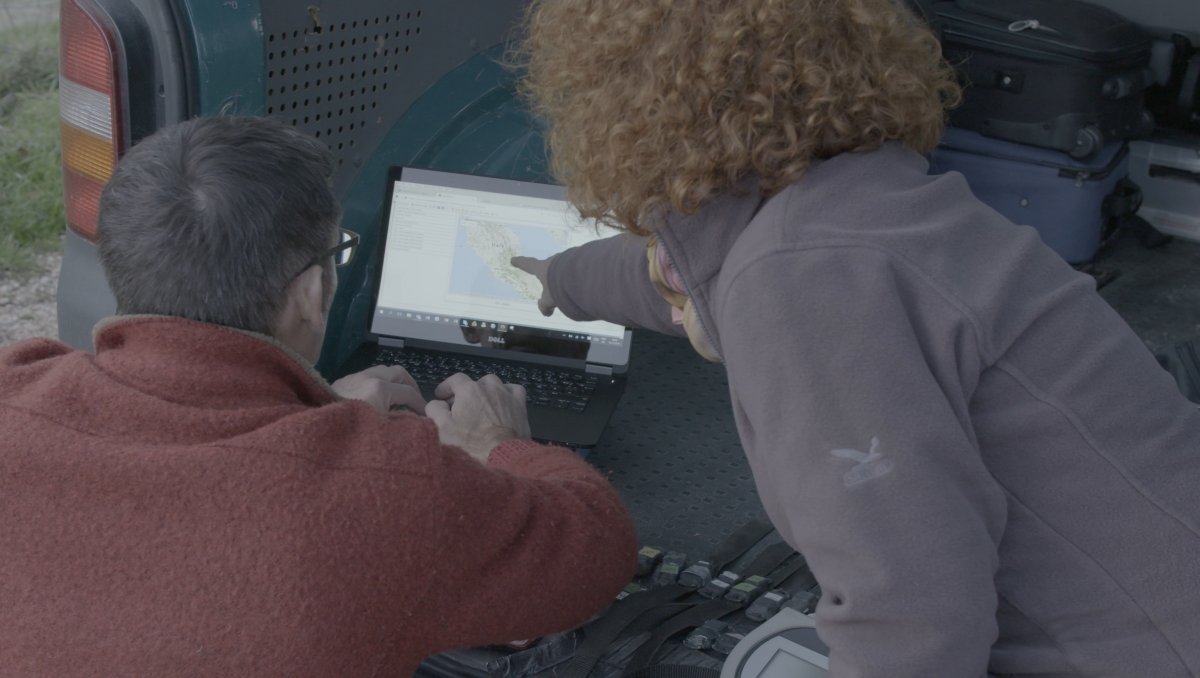