The Konstanz scientists among the world’s most influential

In the last decade, papers by both Iain Couzin and Damien Farine have ranked among the most highly cited by scientists – signalling the impact of interdisciplinary collective behaviour research on the broader scientific discussions of our time.

Two collective behaviour researchers, Iain Couzin and Damien Farine, have been named in the Highly Cited Researchers 2019 list from the Web of Science Group. The annual list identifies scientists and social scientists whose work was most often cited in the last decade, underlining the influence and impact the researchers have had in their fields.
Couzin and Farine – from the Max Planck institute of Animal Behavior (MPIAB), Department of Collective Behaviour, and also the Centre for the Advanced Study of Collective Behaviour (CASCB) and Department of Biology at the University of Konstanz – were both named in the HCR list’s “cross-field” category, which recognizes individuals who publish highly cited papers (in the top 1%) across several fields.

Their combined work involves applying cross-disciplinary approaches such as statistical physics, computer vision, and mathematical modelling to understand collective animal behaviour – from revealing the mechanisms underpinning how collectives function to how social behaviour changes the rules of ecology and evolution. “Two University of Konstanz researchers have been named on the 2019 Highly Cited Researchers List,” says Professor Kerstin Krieglstein, rector of the University of Konstanz.

“That both are international and working in collective behaviour leaves no doubt that Konstanz is becoming a global hub for the study of collectives.”

Iain Couzin
Couzin, the Director of the MPIAB in Konstanz as well as Chair of Biodiversity and Collective Behaviour and Co-Director of the CASCB at the University of Konstanz, has made pioneering contributions into leadership, decision-making and collective sensing in animal groups. For example, his Nature paper from 2005 (cited >2100 times) marks the beginning of a unified understanding of how mobile animal collectives – from swarms of cells to fish schools, bird flocks and primate groups –  make decisions. From a simple computer model showing that animals in groups can make effective decisions with very little communication, the paper went on to inspire his further experimental work on fish schools (Science, 2011, 2012, 2013), primate societies (Science, 2015) and bird flocks (Science, 2018) that bolstered the model’s predictions.

Today, research from his team is deepening these findings: using immersive virtual reality, they are showing that the same algorithms that apply to fish schools and primates also explain the fundamental principals of how neurons in the brain make decisions. “We are discovering that collective behaviour, spanning scales of organisation, has broad applicability – consequently it has received rapidly-growing attention from researchers in recent years,” says Couzin, who has 10 Highly Cited papers from the previous ten years and was also a Highly Cited Researcher in 2018.

Over the last three decades, the impact of collective behaviour research has risen dramatically, from a few hundred citations per year in the early ‘90s to almost 20,000 per year in 2019. In the wake of this increased attention, Couzin has led the founding of two new institutes in Konstanz that focus on the study of group behaviour in humans and animals: the DFG Cluster of Excellence “Centre for the Advanced Study of Collective Behaviour” and the Max Planck Institute of Animal Behaviour. He was also a key player in establishing a 32-million-euro purpose-built facility for collective behaviour – the Centre for Visual Computing of Collectives – which will be completed in the University of Konstanz in 2021.

“The recent developments in Konstanz have made it a crucible for a new approach in the behavioural sciences, says Couzin. “Scientists here are working on a wide range of organisms, from locusts to fish to birds to humans, and developing some of the most advanced technologies in behavioural sciences including computer vision, GPS, virtual reality and deep learning.”

“We are at an extremely exciting time. Studying multiple animals simultaneously and in detail is the great challenge of collective behaviour, and yet with the breathtaking technological advances of recent years, the field is poised to make major advances in the study of collectives.”

Damien Farine
A principal investigator in both the Department of Collective Behaviour at the MPIAB and the CASCB, Farine is a researcher emerging at the forefront of the study of social and collective behaviours in wild populations. This year he was awarded a 5-year ERC Starting Grant (1.5 million euros) by the European Research Council and has 11 papers recognized as being Highly Cited. Farine’s most influential contributions range from the fundamental through to the practical. He was involved in a pioneering study of social behaviour in wild birds, which showed that culture could be experimentally diffused through a population (Nature, 2015). As part of a team including Couzin, Ariana Strandburg-Peshkin and Meg Crofoot from MPIAB and CASCB, his research was also the first to demonstrate that wild baboons make democratic decisions (Science, 2015).

“In the last decade there has been a real boom in the study of social behavior,” says Farine. “An entirely new biological world has become accessible because of the statistical tools that can perform the complex analyses needed for studying collectives, and the computational power to implement those tools. ”His impact has been greater than just his own empirical research, as he has also developed or refined many tools and techniques that enable others to address questions about social and collective behaviour. For example, he has helped hundreds of scientists around the world by running free training courses and by publishing scientific software to conduct advanced analyses. Several of these methods papers are now among his most highly cited. Farine says that one of his career goals is to make advanced methods to be accessible to a broad audience.

“I’m very motivated to write in a way that is understandable,” says Farine. “I often meet brilliant field biologists that are working hard to collect real data to address exciting questions, but who don’t necessarily have the training to apply the methods necessary to make the most of their data. I think that making methods accessible to these researchers has translated into high citations.”

The stories behind the papers
The release of the annual Highly Cited Researcher List is accompanied by an assortment of numbers – 6,216 Highly Cited Researchers, including 23 Nobel laureates, from nearly 60 nations – that quantify scientific impact. But what those numbers don’t convey is the story behind the studies that make an entire field take notice. How were they conceived? Who were the characters? What was the mysterious alchemy of factors that launched them into the firmament of scientific influence? Here, the two Konstanz 2019 Highly Cited Researchers describe personal stories of papers at a moment before they vanished into the stratosphere. 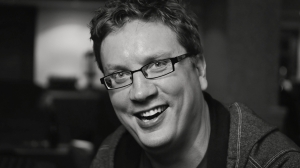 Iain Couzin: I was unemployed for well over a year after my PhD and so I picked up some freelance work for the BBC Natural History Unit developing simulations of animal groups for TV. After creating a 3D simulation for one of their documentaries, I realised that the model was actually an extremely effective way of understanding the science of how groups worked. I took this idea to my first post-doc and, with the model, I showed that there should exist fundamental states of matter—like solid, liquid, gas—in collective animal behaviour, as well as a collective memory. I remember getting the reviews back and they were the worst I’ve ever had. One said “I’ve seen more interesting patterns in slime moulds.” In the end I published it in a relatively obscure journal but it became one of the top five most cited papers of the decade in animal behaviour research.

I think the difficulty at the time was that very few biologists were working on this sort of thing—I knew of a handful of papers, half of which were written in Japanese—and when there is no community around you it can be hard to get research off the ground. Luck was also on my side because there was more time in those days. Now, the publishing rate is so competitive that it can be very hard for young scientists to make it through that difficult phase when you are trying to do something that’s never been done before.

For his 2003 study published in Journal of Theoretical Biology, Couzin created a 3D simulation (similar to the one shown here) that revealed the simple rules for how animal groups work in the natural world. (Video courtesy of Iain Couzin) 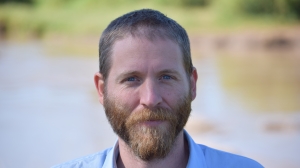 Damien Farine: As a graduate in micro-engineering and computer science, it took me until I was 25 years old to discover that I could study animal behaviour, and another 4 years to secure a PhD position. I had always loved nature and birds, but I literally had no idea that it could be made into a job. I wasn’t looking for a PhD, so it was pure luck that led me to an advertisement for a position in Oxford with Ben Sheldon. Ben had won an ERC grant to study social networks in wild birds, and he had the foresight to recruit people with technical skills. I emailed him and from the very first moment it became clear that we had potentially had something very exciting.

The project allowed us to do pioneering empirical studies, which combined new hardware, specifically pit tags fitted to thousands of birds in a wild population, with powerful statistics for social network analyses. In the Nature study, together with Lucy Aplin (a fellow PhD student at that time, now an Independent Group Leader at the MPIAB, and also Damien’s wife), we built on observational studies from the 1950s—suggesting that birds had different “cultural” techniques of unsealing milk bottles—and confirmed these experimentally with automated puzzle boxes that demonstrator birds were first trained to open, and later released into the wild allowing other birds to learn from them. The strength of the study was that it covered a very large scale—we recorded over 50,000 occasions when birds solved a puzzle box, providing unprecedented experimental evidence for the establishment of local cultural traditions—and that was only achievable because we designed hardware to automate the process.

After I had developed the functions and written the code for our group to do the social network analysis that we needed, my wife suggested that they might be useful for other biologists. So I put these into an R package and published it, and the response I got was so positive that it inspired me to share more of my technical insights as methods papers. Several of these are now highly cited. So, even though I’ve paid a cost during my career by starting in science so late, in many ways my prior training has given me a fuller tool kit that has paid off in the long run.

Through social network analysis, Farine was able to show diffusion of experimentally introduced behaviour through the social network of a wild bird population. Circles represent individual birds and lines are social connections between individuals. Yellow dots are trained demonstrator birds, and nodes turn red in the order in which they first performed the new behaviour. (Video courtesy of Damine Farine)