What connects humans and bonobos during collective eating? A conversation about rituals, rules, and feasts with behavioural ecologist Barbara Fruth and health psychologist Britta Renner.

Ecologist Barbara Fruth and health psychologist Britta Renner, project leaders at the Cluster of Excellence “Centre for the Advanced Study of Collective Behaviour (CASCB)” at the University of Konstanz, are investigating collective eating. A conversation about food situations and rituals in humans and bonobos – not limited to but including on special occasions.

Actually, one might think that food intake is something individual. Everyone could take care of themselves. Nevertheless, food is something highly social. What are the reasons?

Britta Renner: When we ask people, most of them state: I want to make my own food choices according to my individual preferences. But you can see our collective appetite if you compare countries and cultures. A very simple example are meals times during the day. There is a pronounced synchronization in different societies. In France, over 50-60 percent of people eat at 1 p.m. We find these mealtime peaks in many societies.

Barbara Fruth: The times of day are also predictable for non-human primates. When bonobos get up, they first go to the nearest feeding tree. There is a diurnal distribution; in the morning they usually eat from trees, in the afternoon bonobos walk on the ground and ingest herb-like plants. Sometime in the evening, they build their sleeping nests to spend the night in trees. During a 12-hour day, they eat around eight hours. Eating is particularly intense when food that can be monopolized is shared.

How is collective eating in humans and bonobos investigated?

Barbara Fruth: We make what is called focal animal observations. For this, we focus on one individual per hour that we observe closely during this time. Therein, food intake plays an integral part. Every five minutes we look at what all other individuals in the group are doing to relate it to the focal animal's behaviour. When food is shared, we look at the group. We want to know: Who owns the food? Who would like to take part? We look at how long individual A has the prey or the fruit, who is around, who begs, who gets something and who doesn't.

Britta Renner: You are a lot further along than what we do with people. Eating together or commensality has already been addressed in sociology and anthropology, but more from the perspective of how social practices work, for example, how table arrangements define social status. Nutrition science primarily studies what happens after the mouth: How much energy or what nutrients are ingested and how are intake patterns related to disease? What happens before the mouth and how the food gets into the mouth, has been rather neglected in research for a long time. 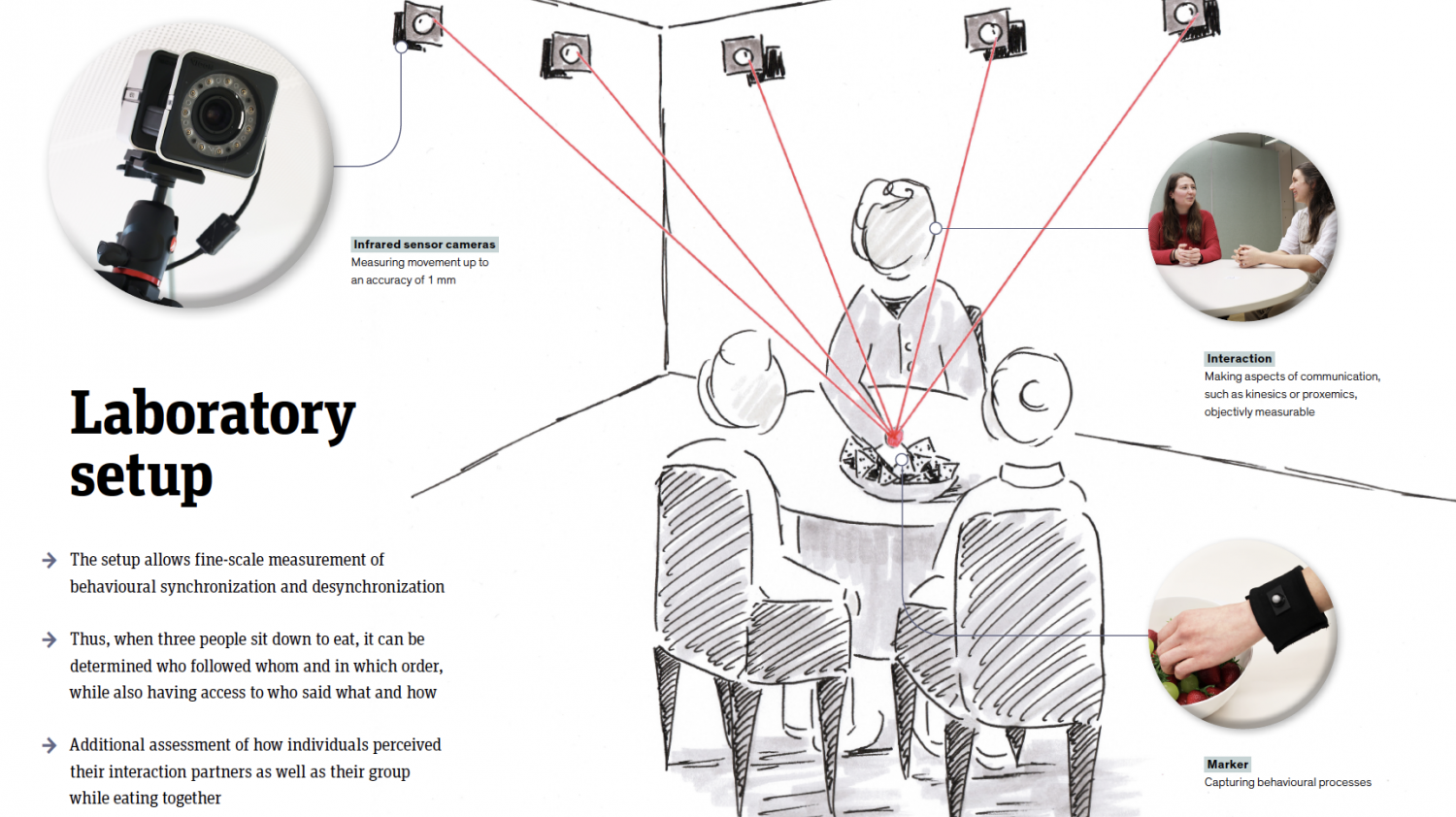 That's why I find it very exciting what we're doing here at the Cluster of Excellence “Centre for the Advanced Study of Collective Behaviour”. Among other things, we work with the tracking method. We invite non-acquainted volunteers to our behavioural tracking lab, we seat them together at a table, and invite them to eat together.

What is served when eating together?

Britta Renner: It depends on the occasion. If I invited you over to my house and opened a can of ravioli, it probably would not be viewed as a positive signal. There are social scripts and expectations for appropriate meals and the sequence of events. Guests should feel comfortable, which is why we serve dishes that show appreciation. To do so, we use ingredients and preparations that are associated with a higher social status. This was meat for a long time, which is now falling short. 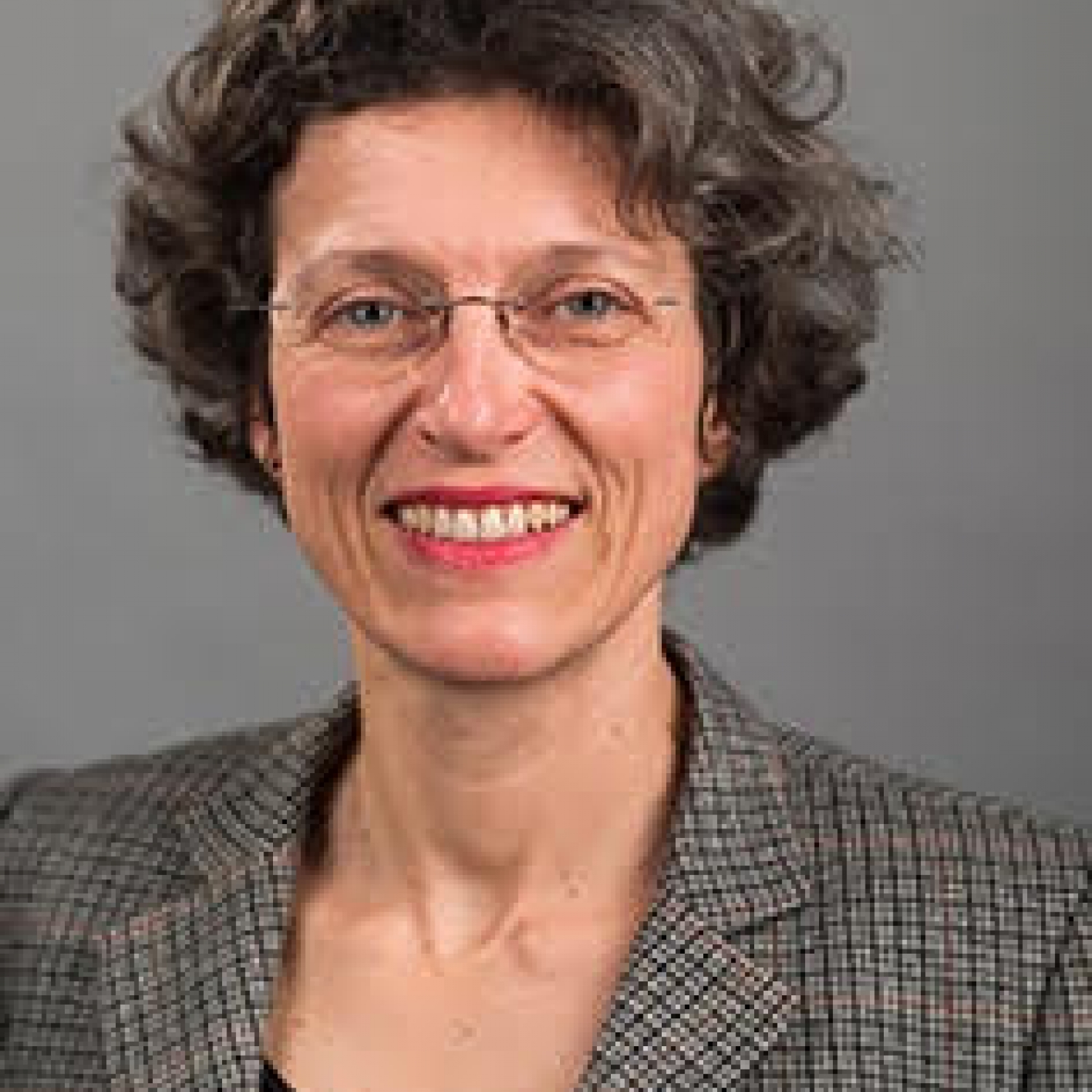 Bonobos don't have the choice to go to the supermarket and think about what to offer their guests. Fruits and other plant-based foods clearly predominate. On average, it is about once a week that an individual monopolizes a fruit or prey and food sharing occurs. You can tell from the bonobos’ excitement how popular a food source is. Meat or large, ripe fruit are the winners.


Who is in charge when it comes to serving?

Barbara Fruth: With bonobos, it's higher-ranking individuals who can monopolize food. They are also the ones who determine who else gets access. This is where what we call tolerated theft comes into play. If you have a huge fruit and there are ten individuals around who all want a share, you won't be able to eat if you want to fend off everyone. You grant others access so that you can eat in peace.

Britta Renner: There are observational studies with infants that show that they infer social affiliations based on who shares food with whom. If infants observe, for example, that a person shares food with another and the receiver reacts positively, then the food is evaluated more positively, but also social affiliation between the food provider and receiver is assumed. On the other hand, if a person reacts to the food with disgust, then this leads to a general rejection of the food. It's like a social language.

Does this social language also exist among bonobos?

Barbara Fruth: Bonobos do not usually give food to other individuals. After observing certain rules, such as the begging gesture, adults are allowed to take something. Children are always allowed to take food out of their mother's or other food owner's mouth and learn what's good. Once, a male who had a honeycomb but wanted to move on, pushed all the rest into the hands of a juvenile female. I thought, wow, that's real giving, you don't normally observe that. I was quite impressed.

Britta Renner: We have practically perfected it. We can virtually eat social identity. It starts with caviar, that's where we eat social status and identity. From a psychological point of view, this is not an essential food - I personally do not think it tastes good either. Food has many social functions that go well beyond energy or nutrients.

Do bonobos actually have a feast?

Barbara Fruth: Not in the sense that there is a date for all to come together. It is rather the other way around: if there's something particularly good, it might be a celebration. However, we can't ask them.

Britta Renner: But do they make different noises?

Barbara Fruth: When they have very tasty fruit or big food that can be monopolized, there's a lot of excitement. However, this is not necessarily positive since access to food in the wild always triggers competition between individuals. After all, it is all about the best places in the food tree and the best pieces of the hunted down prey.

Festive meals have many components for us humans, starting with the invitation all the way to the end... 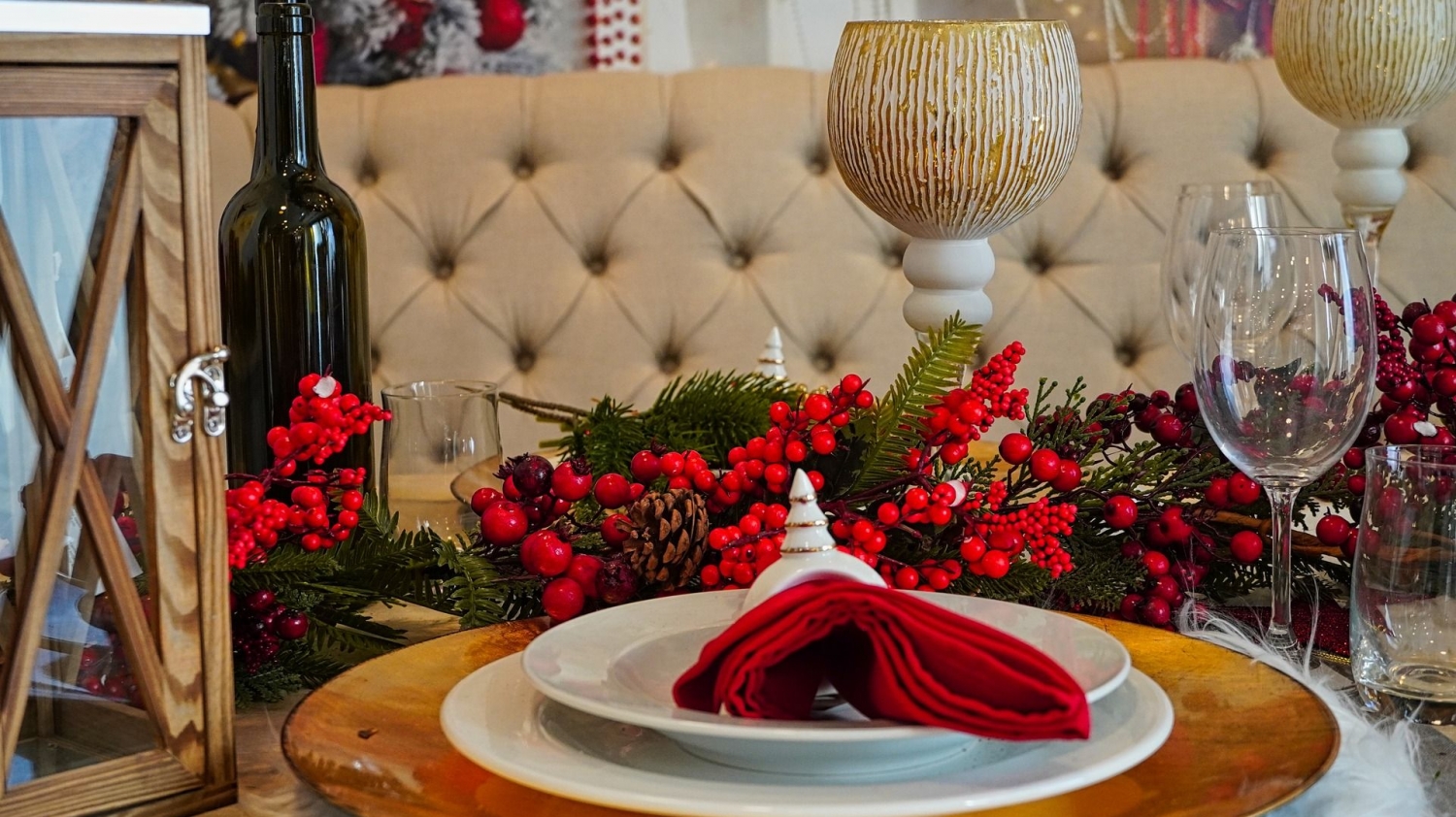 Britta Renner: What we do at Christmas, for example, is to invite people to eat and share. For us it is sometimes a great disappointment as hosts if our guests do not accept the food we offer to them. The course of such festive occasions is almost like a theatrical performance. When we think of haute cuisine, it is not about being hungry. There are very clear signals when you can eat or should stop. There are images of Queen Elizabeth's banquets that are highly ritualized. She sat at the head of the table, you only started when she started, and when she stopped it was over.

What rituals are there when eating together?

Barbara Fruth: The bonobos have begging gestures. Individuals must line up, palms up, and require the go-ahead from the owner to gain access to the food source. 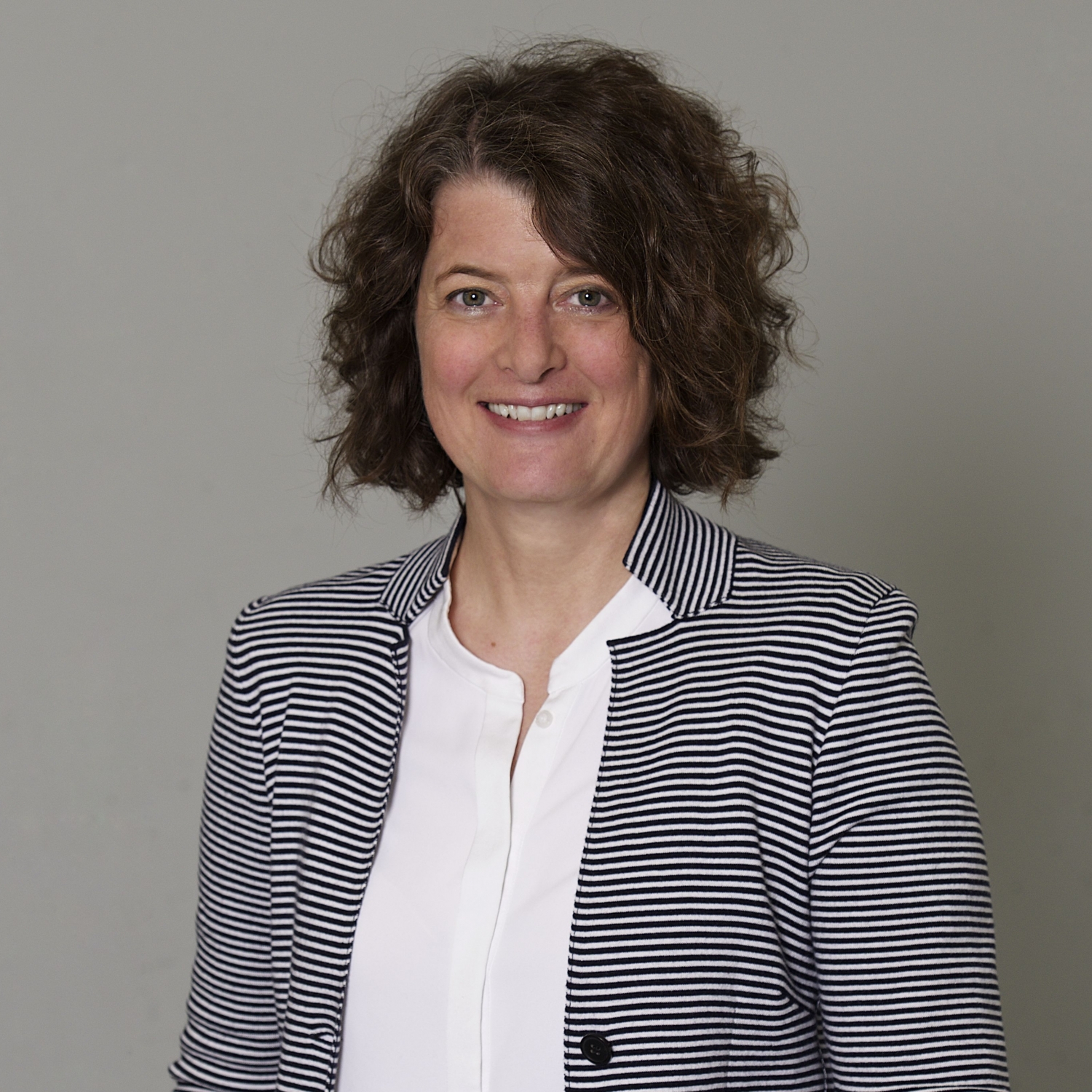 Christmas is very important to us. Such rituals allow for coming together and the affirmation of shared social identity. However, not knowing the implicit rules of an eating occasion can be intimidating and makes many of us feel uncomfortable or even embarrassed. This can and is certainly used to demonstrate social status or power.

What does collective eating mean to you?

Barbara Fruth: Eating is a beautiful thing.
Britta Renner: What a great thing!

Barbara Fruth: In my family, cooking together is also an important activity. It is the pleasure of being jointly in the kitchen together and creating something.
Britta Renner: There was a study that showed that most of the gossip is exchanged while eating. I can only emphasize the social function, coffee machines are one example, that's where the creative processes take place. I would assume that this investment is very worthwhile.

Further information about the project "Collective Appetite" at the Centre for the Advanced Study of Collective Behaviour: Individual and collective appetite

Caption title picture: © Christian Ziegler / Wild Bonobos sharing a Junglesop (Anonidium mannii). The picture was made in the Democratic Republic of Congo.