Professor Salma Kuhlmann and Dr Gabriela Michalek are utilizing the "Konstanz Women in Mathematics" initiative to show female early career researchers all the possibilities open to them in the field between algebra and control theory.

Take the example of A, B, C, D and F. The first four letters represent male mathematicians, F stands for a female mathematician. All five are working on a research proposal comprising three projects. At the end, the team discovers that only three Principal Investigators are allowed. A, B and C nominate themselves, apologizing to D for him missing out. F, on the other hand, is totally ignored.

This is one of Salma Kuhlmann’s model examples for the role of women in mathematics research. She presented it in 2017 in the framework of the exhibition "Gallery of Portraits" in the Library of the University of Konstanz and also introduced the "Konstanz Women in Mathematics” initiative (KWIM), which made the exhibition on successful female mathematicians possible. Since 2013, the Office for Equal Opportunity, Family Affairs and Diversity of the University of Konstanz has made funds available to support the careers of women in mathematics.

Salma Kuhlmann is a professor of mathematics at the University of Konstanz – the first and only female full professor (W3) in the department so far. At present, two female junior professors are also teaching and conducting research there. Kuhlmann is campaigning for a higher number of women in mathematics. Her aim is to encourage female mathematicians to stop allowing themselves to be overlooked, trust in their abilities and assert themselves. KWIM events show how this can be done in very concrete terms, e.g. by providing advice and by hosting lectures, symposia and cultural events such as the "Gallery of Portraits" (please click here to see past events).
The exhibition, which presented around 20 female mathematicians from throughout Europe with their photos and CVs – since then a few more have been added – was on display for several weeks in the university’s Library. Starting point was the "European Women in Mathematics" initiative, whose travelling exhibition highlighted the effect of role models. As does Salma Kuhlmann: "Role models are extremely important in mathematics. I’ve experienced that the effect is greatest when young female students or staff, who can envisage a career in mathematics, see that women are not just capable of mathematics, they are very good at it." 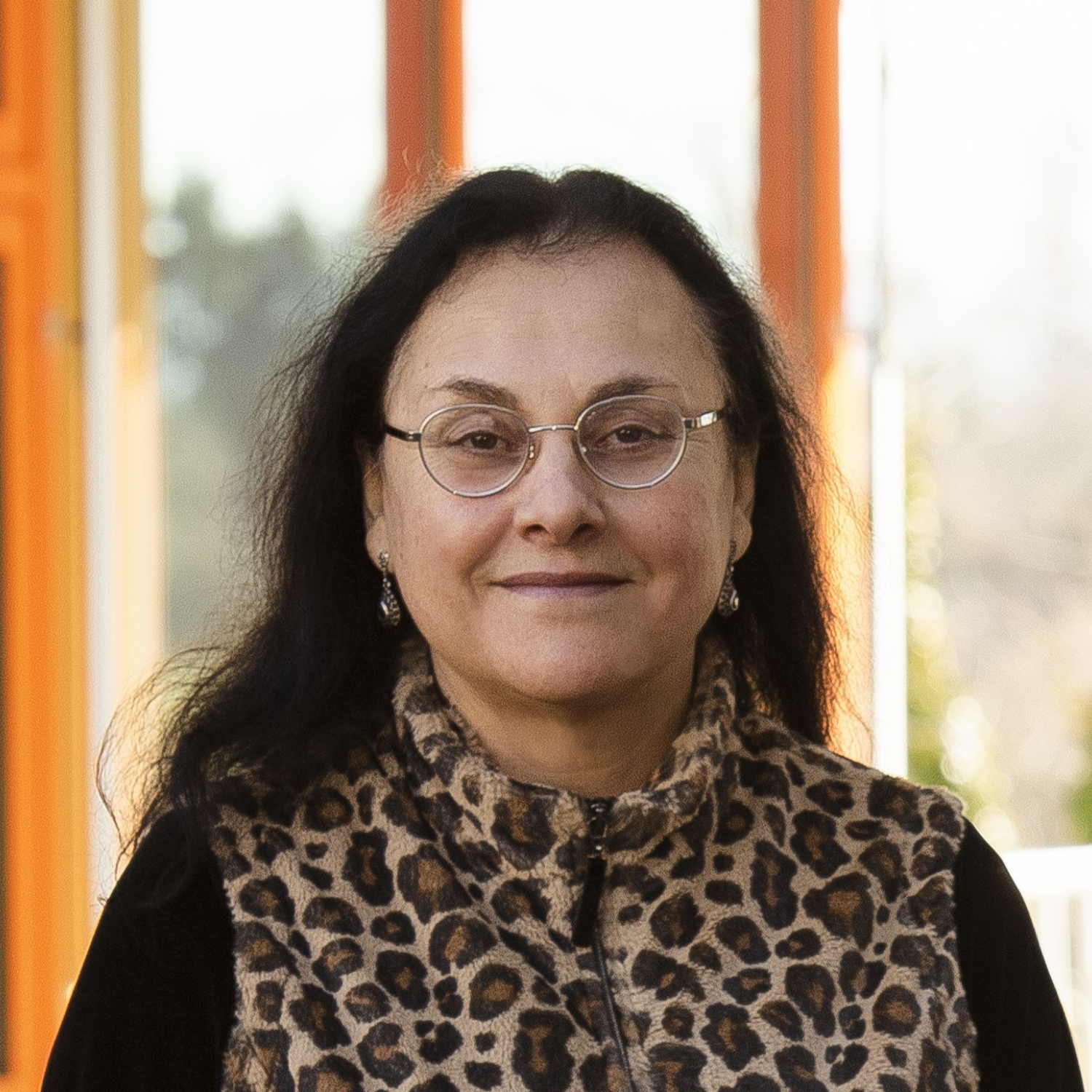 It’s a perfect combination of drawing attention to female role models and learning about the history of mathematics.

When she was appointed as professor at the Department of Mathematics and Statistics in 2009, it was as if they had been waiting for her. Women came entirely of their own accord to ask her advice. "I didn’t have to do anything at all to involve them in my research team. They simply came to me." Women at all stages of their careers: students who wanted her to supervise their master’s thesis, postgraduates wishing to complete their doctorate with her and postdoctoral researchers planning a habilitation thesis.

It was also three female members of her staff who took care of the events in the coming years. They have all carved a career in mathematics for themselves after graduating. Dr Gabriela Michalek has coordinated the KWIM programme for the last three semesters and is responsible, among others, for organizing the lecture series. She herself holds a doctorate in environmental economics and is very enthusiastic about her work: "There are many excellent women in mathematics, and there is a strong need to give them greater visibility. Getting to know these outstanding scientists through their presentations and listening to their career stories is very inspiring."
The lecture series mostly focuses on research. Speakers come from very different fields of mathematics – from algebra to control theory. There are national and international guests, professors as well as postdoctoral researchers. Many of the speakers are willing to talk about their experiences in academia, about how they made it – and were perhaps even appointed to a highly prestigious professorship. Like Salma Kuhlmann at the University of Konstanz.

However, she ascribes the glass ceiling that women come up against now as before to "unconscious bias", which in her experience is still more problematic for women than prejudices or stereotypes. In contrast to the latter, a person showing unconscious bias is completely unaware that they are prejudiced. Salma Kuhlmann recalls a typical episode, one of many such occurrences in the course of her career, in conjunction with her appointment at the University of Konstanz.

To celebrate this, there was a little party at her former university, the University of Saskatchewan in Canada, where she held a full professorship. At some point, someone gave her a pat on the back. It was one of her male research associates, a German, who felt the need to reassure her that she had obtained the post not only because she was a woman but also because she was good. He took that to be a compliment.
Salma Kuhlmann thinks that it is very important to teach women how to recognize this very widespread "unconscious bias" and not let themselves be intimidated by it. By using role models, "Konstanz Women in Mathematics" is working to empower women in this respect too. At the end of 2021, Ada Lovelace, a British mathematician, was the focus of a KWIM cultural event. Lovelace contributed to developing the first computer programme in the first half of the 19th century. A short documentary film about her life and scientific achievements was followed by an interview with the leading actress and the movie director. 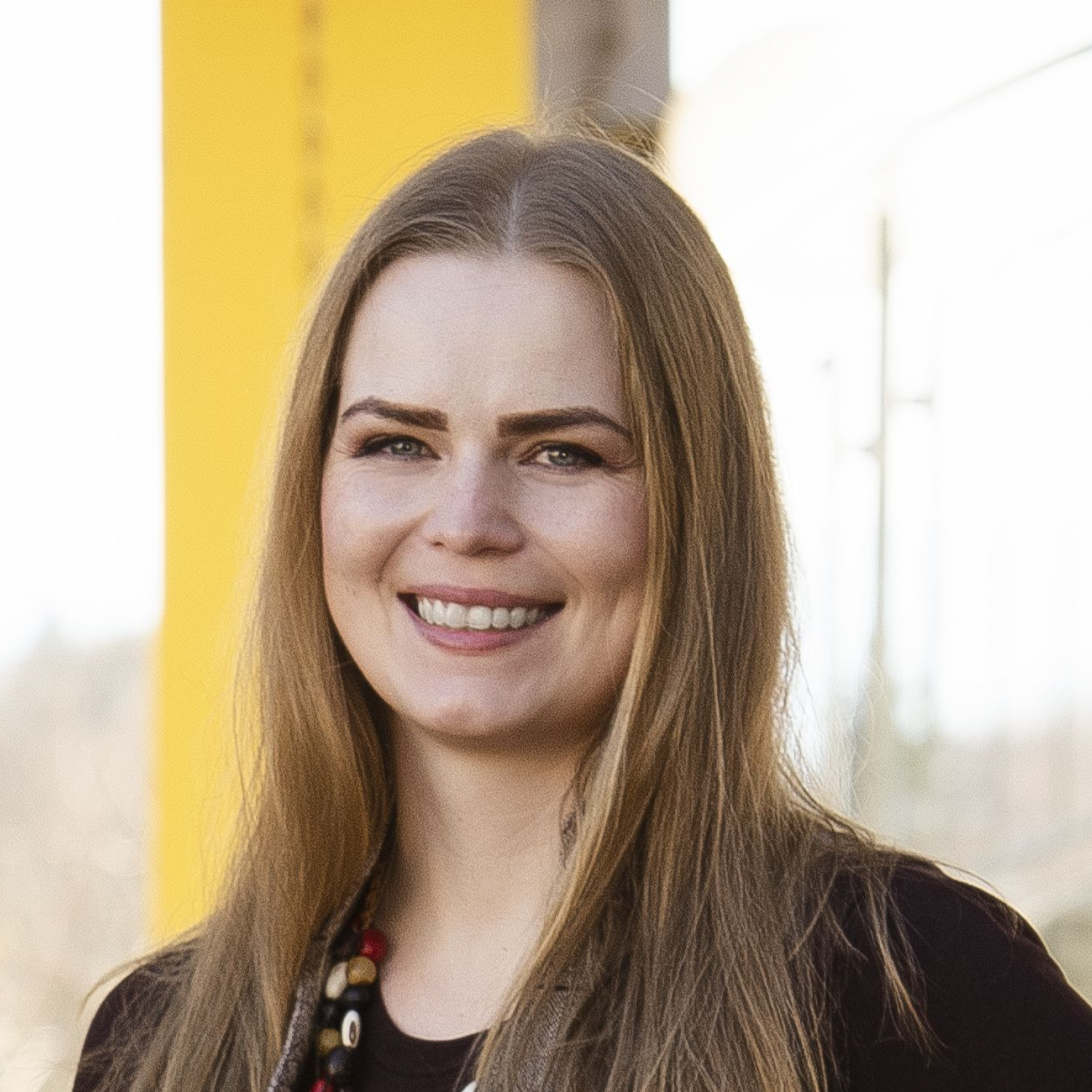 It’s a perfect combination of drawing attention to female role models and learning about the history of mathematics.

Such cultural  events are very well received, says Gabriela Michalek. In May 2022, portraittheater’s production "Diving into Math with Emmy Noether" will highlight Noether’s significant contribution to mathematics and theoretical physics.
Salma Kuhlmann’s ultimate goal is excellence in the service of mathematics, in which women should have their fair share. Hence the discussion on equal opportunities for women and men in mathematics (see also Gabriela Michalek’s interview with Bernd Sturmfels, director of the Max Planck Institute for Mathematics in the Sciences (MiS) in Leipzig). Looking back at her own career, she is quite relaxed: "For me, a career in mathematics was the easiest in the world. Because my field is pure mathematics, all I needed was paper, pencil and my brain." This independence allowed her to start a family while doing her doctorate. Since completing her studies, her achievements have been excellent and convincing: starting with her master’s degree at McGill University in Montreal, then her doctorate in Paris, followed by her habilitation (postdoctoral qualification) at the University of Heidelberg.
Salma Kuhlmann learned to overcome the obstacles along the way with the following formula: "Concentrate on your work so that excellence speaks for itself." In her view, the sad truth still applies today: "If a woman in mathematics wants to be as good as a man, she has to be better". To paint a picture of women’s equality in mathematics, she likes to cite Darwin’s Theory of Evolution: There is a development, even if it is slow. Especially since politics started campaigning for more women in mathematics, progress is being made, she says.
However, Salma Kuhlmann also views this critically: "Many female mathematicians are afraid to take advantage of the support available for women because they fear that people will say ‘You’ve only been appointed because you’re a woman’". For her, scientific excellence has priority. But she also says: "We women in mathematics need to grow a thick skin". She hopes that, with political support, everything will pick up the pace. She calls it "Fast-track Darwinism".

Professor Salma Kuhlmann has been a professor of mathematics at the University of Konstanz since 2009. Her research priorities are real geometry and algebra. She is also adjunct professor at the University of Saskatchewan in Canada. In 2013, she launched the "Konstanz Women in Mathematics" initiative and has since been the professor responsible for the programme.

Dr Gabriela Michalek joined the Equal Opportunity Office in 2021, where she is responsible for equal opportunities in the collaborative research projects at the University of Konstanz. At the Department of Mathematics and Statistics, she is the contact person for equality issues and the coordinator of the "Konstanz Women in Mathematics" programme. 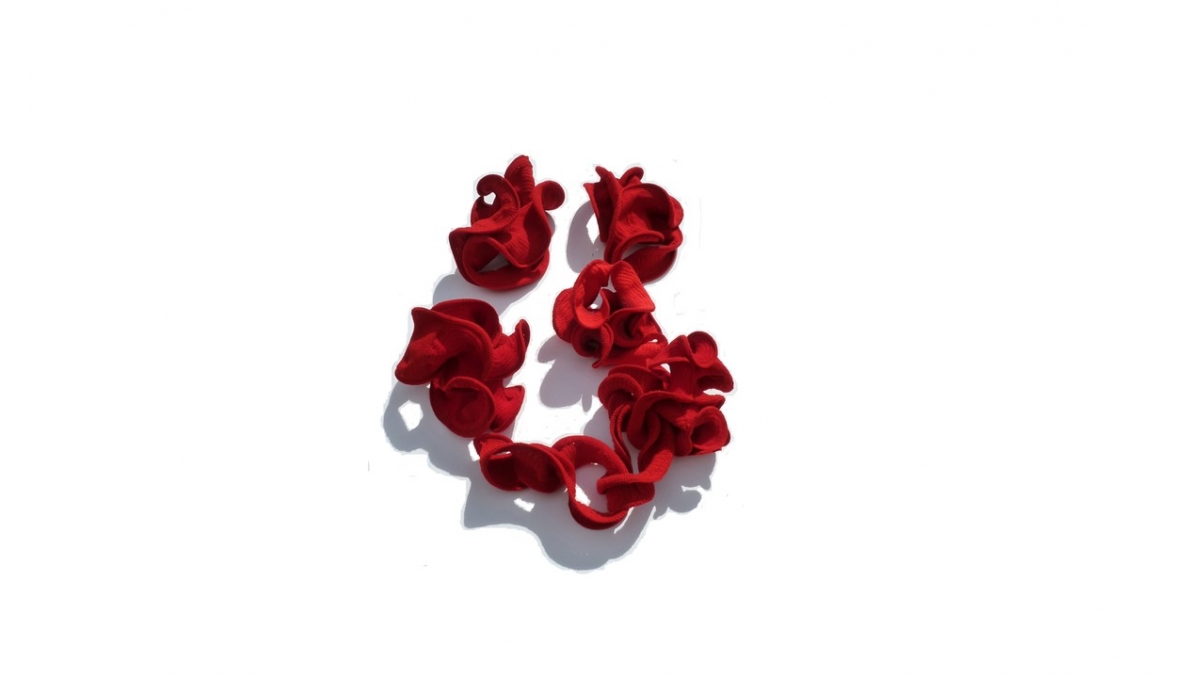 Geometry to look at and touch: Prof. Daina Taimina crochets her models, and that's the best way she explains it to her students in KWIM's special lecture on Hyperbolic Geometry . The lecture is also suitable for non-mathematicians.
© Prof. Daina Taimina
1 of 4
Hide text 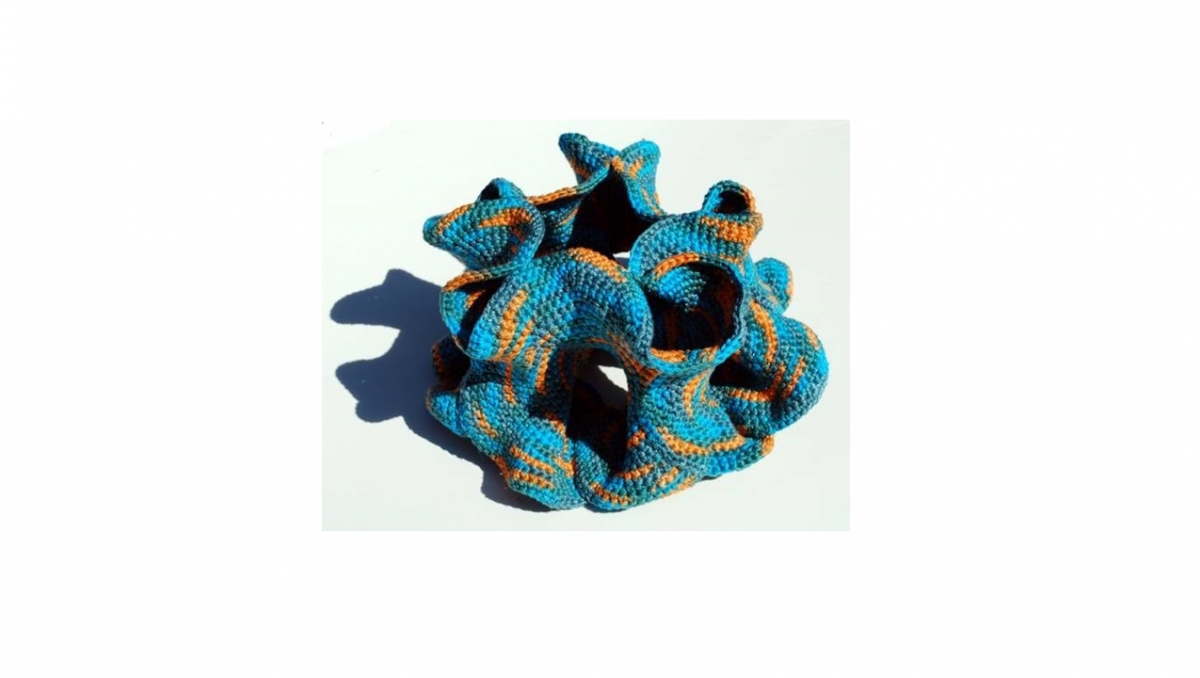 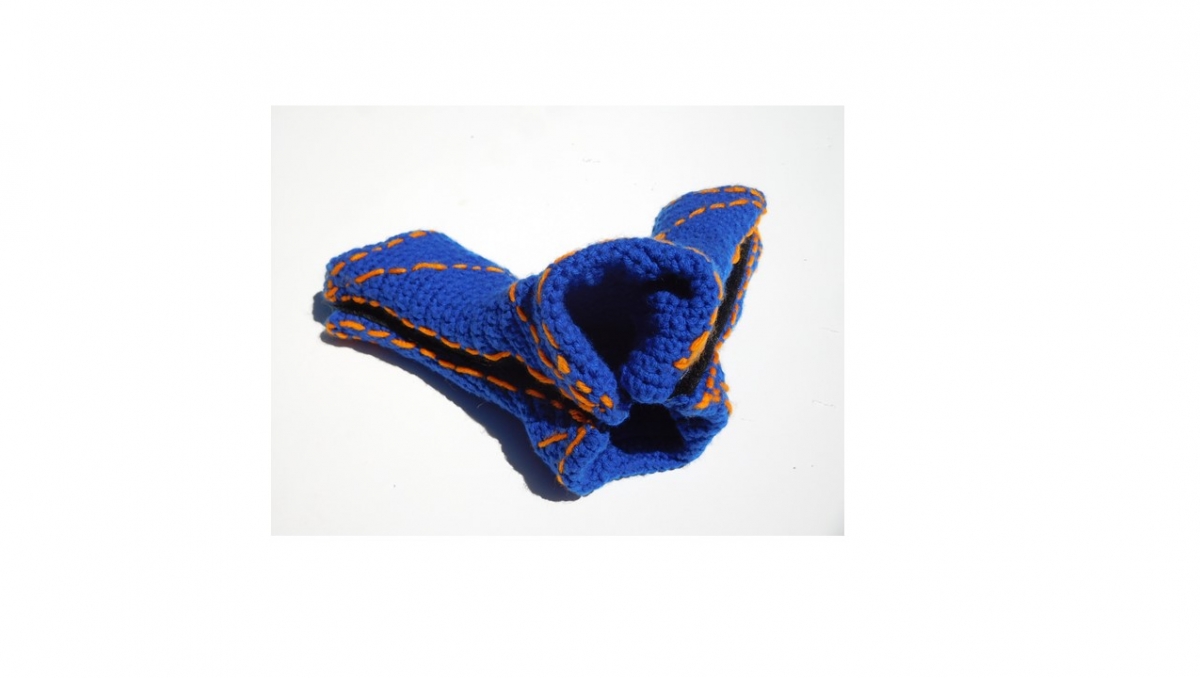 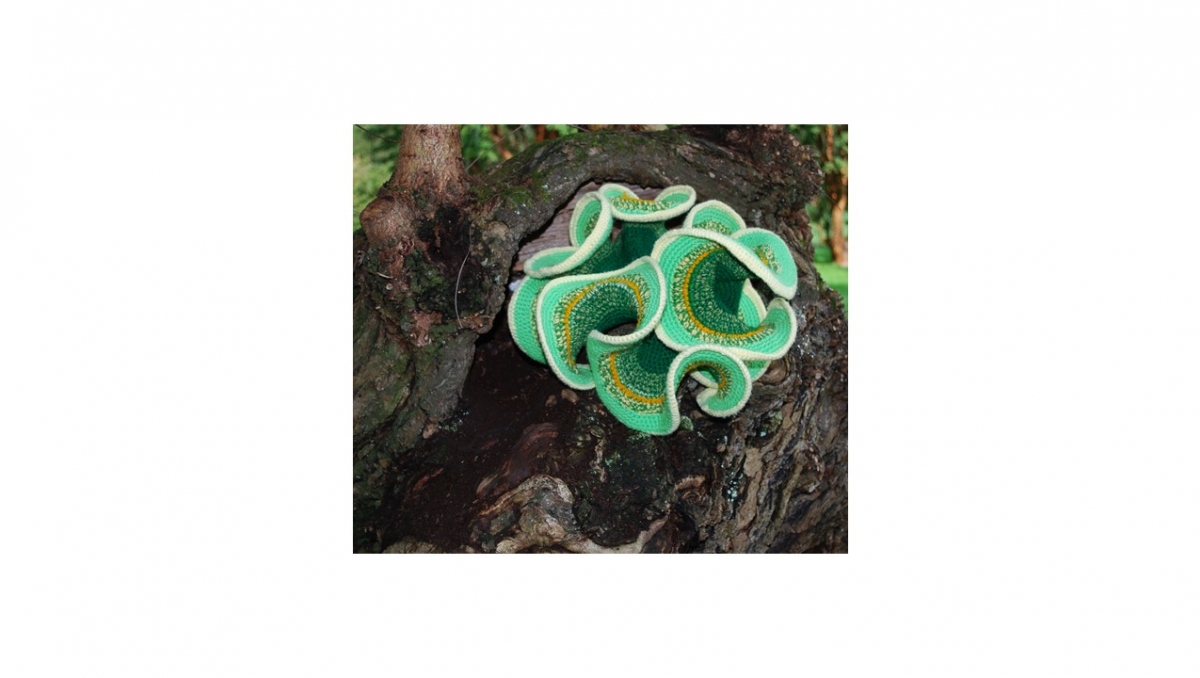